Looking for Barnet Removals? Call us now on 020 3970 0488 to book the best Removal Service in Barnet with Amazing Moves.

Are You Becoming a Resident of Barnet? Call on Removal Company of Course! 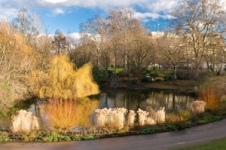 Becoming a resident of any new place can be a challenge. You have to consider that all the shops around you will be different, the restaurants will be new, the children will be going to a different school and, of course, you will meet lots of new people and neighbours. If you are moving far away from where you used to live, you may need to get used to a new accent or even a new way of life. Add all that on top of the work you have with the removal and the whole process could be overwhelming. That’s just the time to call in Removal Company. For a quick and easy Barnet removal and the best Barnet movers around, just call 020 3970 0488 to schedule a removal assessment and you’ll see just how affordable moving can be.

Barnet is sometimes called Chipping Barnet or High Barnet. It is an area in the Borough of Barnet in North London that has been built up on the place where there was once a 12th century settlement. While it is only 10 miles north of Charing Cross, this area is quite suburban and doesn’t have the same city feel as many other parts of London. Its interesting names have different meanings. Chipping Barnet is actually the name of the constituency of Parliament that covers the area, but the term chipping means that the area was once a market. There has been one in Barnet since the 13th century.

Barnet was also once the home of a horse-fair, which dates to the end of the 16th century. Queen Elizabeth granted Barnet’s Lord of the Manor a charter of a fair to be held twice a year. Now, Barnet Market is more than 800 years old. Today, Barnet is a modern place with three railway stations nearby: Hadley Wood, Oakleigh Park and New Barnet. It is still possible to see the St. John the Baptist Church, which was built in the centre of the old town in the year 1560. High Barnet and Barnet Vale are two other parts of Chipping Barnet, each was originally a separate parish. 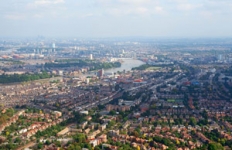 Barnet has a football team, which is part of Football League Two. Their games are played at Underhill Stadium. There is also a football team that is Non-league, called the London Lions. There were once two cricket clubs in Barnet, but they have merged into one. The Barnet Cricket Club merged with Old Elizabethans CC and the team now plays games at Gypsy Corner. There are plenty of modern amenities and restaurants for residents to enjoy, representing cuisines from all over the world. You can enjoy Chinese, Indian, French and Italian restaurants all within Barnet, along with a number of public houses.

It’s one thing to move on your own, hauling furniture and boxes up and down the stairs, in and out of storage and in and out of the car boot. It’s another thing altogether to hire a professional removal company that can do it all at a great price. Why not give it a try for your Barnet removal, so you can see the difference for yourself. It is important to reserve a parking spot for the removal vehicle on the day of. This will ensure a quick unloading of the van and will ensure the safety of your items. You can visit the council website to reserve a spot. Then all you need to do is call 020 3970 0488 and you will be on your way to your new home.

I was able to hire the van I wanted. Everything happened pretty quickly too. Thankfully, this company was able to accommodate my needs. Dealing with them ensured my move to Barnet progressed a great deal easier than it would've done if I'd gone elsewhere.

The movers did a really great job. They arrived at my Barnet property bright and early, and they got right to work. The entire move was done in under two hours.

I got an expert removals service for a low and very decent price from Amazing Moves. I was amazed at the price, especially considering the standard of service and taking into account that I was moving to Barnet. Having said that, I certainly wasn't complaining!

It was easy to arrange the removal van hire with this company. They made moving to Barnet easy. The team were super-efficient, and I got everything transported for a fair price too

If you are moving in Barnet like I was, then you should try Amazing Moves. Their moving team is the best when you need to move your house.

I have worked with them twice, and every time they are a lot better than the previous one. Today I safely moved to Barnet with them. Thanks.

The moving service stayed true to their quote to move me from my Barnet apartment.