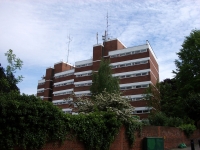 One of the ways to save money when you are moving is to use a man and van service for the transport of your furniture and boxes and to do the rest of the work yourself. Man and van is just that - a man with a van who comes to your home or office and moves what you have already packed up. If you have a small removal, this option is ideal for budget-minded customers. But there are other ways to save on your home removal even if it is a large one. Second-hand packing supplies and boxes are another great way to keep your costs down. But the best idea for those who are looking to scrimp and save during a home and office removal is not to do it on their own, but to hire Removal Company.

We keep costs down and pass the savings along to our customers, so our rates are low and our services still some of the best in town. Once you've done your research, you'll come back to Removal Company. Start with a free quote by calling 020 3970 0488 and you'll be pleasantly surprised with how affordable your N6 removal can be. Even if you need a team of N6 movers, you still don't need to break the bank. Further consultation is available when you phone us or send an email enquiry through this site. 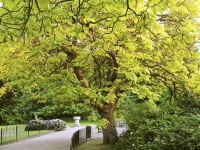 The N6 postcode district, which is relatively close to central London, was once called the Highgate district. It covers part of Hampstead Heath and all of Highgate and lies within three local authority areas: Haringey, Islington and Camden. This is a leafy, suburban part of the city slightly northwest of the city center. The Highgate Golf Club and the open spaces, such as Hampstead Heath, are the big attractions here. The Highgate Ponds along the eastern edge of Kenwood are also within the district's boundaries, as are some of North Wood and the southern parts of Highgate Wood and Queen's Wood. This largely residential area might not seem like a tough place to find a parking spot, especially on a weekend, but it is always a good idea to check with the council about regulations regarding parking the moving van. Depending on where your new address is, you will need to visit the Camden, Islington, or Haringey website for more information and contact details.

The Highgate High St, which runs into Waterlow Park is where you should head for shopping and entertainment, but remember, we are the company to call for saving money, not just spending it. Give us a ring on 020 3970 0488 or use our quote calculator - we're looking forward to moving you!.

Great moving company when it comes to getting your stuff where it needs to go. Amazing Moves also did our packing and unpacking. All items arrived in N6 in excellent health.

We booked their removals firm to take some of our household goods to our new flat in N6. We were astounded at how short it was, only a few hours!

Their movers did their level best to make things as smooth as possible for me, put my mind at ease, and they most certainly achieved that. Moving to N6 was a breeze and it was all thanks to their expert team.

I'd always been told that removal companies are pretty pricy, especially in N6. But I was able to hire Amazing Moves for a great price. They provided a top service, provided a tremendous service on the day. It was a tough, hectic move, but they made it easy, made it manageable.

Amazing Moves gave me the best quote out of the removal companies I checked out, so they impressed right away. Then I detailed my job to them and heard what they had to say and I was even more impressed. I booked them in for the job right away and they didn't disappoint. They were fantastic throughout, provided amazing service and made all the stress that went with moving day a great deal easier to manage. Can't thank them enough!

Amazing Moves exceeded my expectations. Their price for my N6 move was affordable, and the men worked quickly. Will use again.

I booked their home removal service after I spoke to their representative. Amazing Moves assured me that the move to N6 would not be a nightmare. Their movers arrived early, and proceeded to handle everything. Could not expect better service!