Looking for Greenwich Removals? Call us now on 020 3970 0488 to book the best Removal Service in Greenwich with Amazing Moves.

Great Greenwich Movers are Just a Phone Call Away 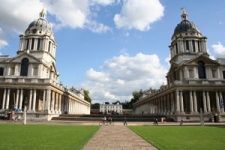 Packing up all your belongings, including the clothing, the kids' toys, books, electronics, linens and photos can be a difficult process, especially if you haven't moved in a long time. The reason that it can take so many days - or even weeks - ahead of your removal is that you have to decide what to take and what to get rid of. You might also get caught up in memories and spend time flipping through an old photo album instead of placing things in boxes. It's hard to know how much time to budget for packing, but one thing is for sure: it is always quicker when you have Removal Company do the job for you. So if you are dreading the packing prior to your Greenwich removal, call 020 3970 0488 today to find out about all our great removal services Greenwich. You'll be surprised at how affordable we are!.

Five and a half miles ESE of Charing Cross, in the Royal Borough of Greenwich is the south London district called Greenwich. Many people know the term Greenwich Mean Time, which is set according to the Greenwich Meridian at 0° longitude. The district's maritime history has also lent to its fame and it is a stopping point on many tourist itineraries. Many royals of the House of Tudor were born in Greenwich at the Palace of Placentia, which was established during the 15th century. The palace later became the Royal Naval Hospital for Sailors and later the Royal Navy College. Many rooms of the palace are now open to the public for viewing and others are used by the Trinity College of Music and The University of Greenwich.

The town was once a resort during the 1600s, popular with London's wealthy elite. Greenwich Park is still one of the area's most visited landmarks and as it is higher than much of the rest of London, it affords a wonderful view of the city. The park was originally designated for hunting and is one of southeast London's largest green spaces. There are views of the River Thames and the city beyond and houses Queen's House, the Royal Observatory and the National Maritime Museum. There are also a children's playground, flower gardens, a duck pond and a cricket pitch. 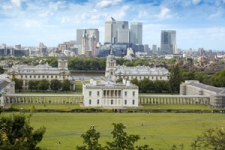 The clipper ship the Cutty Sark can be viewed on Greenwich's riverfront, which is also the end of London's Great River Race. Much of the town centre is characterized by Victorian and Georgian architecture and the market has been going for centuries. Maritime Greenwich was designated as UNESCO World Heritage Site in 1997 because of the large concentration of historically and architecturally significant buildings. Greenwich is also a great place for cycling, as the Thames Path National Trail runs along the waterfront and there are parts of the National Cycle Network there as well.

If your family is growing or you have chosen Greenwich to be closer to work, it is one of London's most pleasant places to live, though quite removed from the city centre. No matter where you are moving from in London or from within the United Kingdom, Removal Company can help get you and your belongings safely into your new home in less time than the competition, and at a great price, too. Get a free quote when you call 020 3970 0488 now, and don't forget to reserve a parking spot with the Borough of Greenwich today. More info on parking can be found on the borough website. Now that you are ready to move to Greenwich, you are ready to hire the best Greenwich movers available!.

As removal companies go, this company is the best in the business in my eyes. They helped with my move to Greenwich. Everything was conducted professionally. The move was faultless.

I am very happy with this moving firm. They not only offered me lower rates than other moving companies in the Greenwich area, but their movers are simply fabulous. I highly recommend the moving services of Amazing Moves.

My move to Greenwich was stress-free and as easy as can be thanks to the house moving team from Amazing Moves. I left everything in their capable hands, and they didn't let me down.

The movers worked quickly but carefully, taking care when handling my furniture. From the time of booking the service to the completion of the job in Greenwich, everything they did was brilliant.

Didn't have to search long in Greenwich to find a good option for a moving company. Amazing Moves was the best one that I found. Great price and everything is taken care of with no problem.

I arrived in Greenwich safely, thanks to this removal firm. Thank you.

Amazing Moves was very responsive in the days leading up to our move from Greenwich. At a time when so many things were happening, it was nice to know I didn't have to fret about the moving service! Thank you.