Wouldn't It Be Sweet to Have Your SW10 Removal Done in Just a Few Hours?

That's right, just a few hours. It is indeed possible to have your home or office removal completed in half a day, as long as the proper preparation has been done ahead of time. But that doesn't mean more work for you - we can do the preparation as well, so when the moving vehicle shows up, it'll be just hours before you and your belongings are safely installed in your new home or office. Many of our customers can't believe how quick it all is, once they've followed our helpful moving checklist and everything goes according to plan. First, the clear out. Then, a removal assessment by our expert team. Next, we deliver your packing supplies and pack everything up for you. From there, the SW10 movers come in, load the moving vehicle and you can meet us at your new front door.

But we don't just unload everything in the front corridor and pull away. We'll actually put your furniture and boxes where you need them and help you put everything back together too. For really fast removals, our unpacking service is just the thing. Call the SW10 moving company - Removal Company - that will amaze you right now on 020 3970 0488 to hear about our rates and ask any questions you may have. We're always happy to help!.

The SW postcode area is surrounded by the London W, the London SE, the Croydon (CR), the Sutton (SM), the Kingston upon Thames (KT), and the Twickenham postcode areas, clockwise from the north. 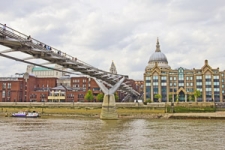 The SW10 postcode district is in the LONDON post town and the Royal Borough of Kensington and Chelsea Local authority area. It's former name was the West Brompton district, as it covers West Brompton and part of Chelsea. The postcode district comes to a point in the south at Chelsea Harbour, so has a southwestern border that follows the boundary of the Brompton Cemetary and a southeastern border along the River Thames. This postcode district is to the west of Chelsea, but still contains some of the most sought-after properties in all of London. It is home to many large and impressive estates and homes and a good bit of London history as well. But if quiet, tree-lined streets are what you're looking for, you're in the right place.

The Royal Borough of Kensington and Chelsea should be your source when looking into reserving a parking spot for the moving van. Check the council site for details and contact info. Whether your move out date is four months away or four weeks away, there are things you can be doing today to ensure a smooth transition. Calling Removal Company for an assessment should be top of your list. Our number is 020 3970 0488, or you can send an enquiry by email. We're happy to respond promptly either way. When you need a moving advisor, there's no one better to call than the experienced moving company SW10. And as for security and privacy, we've got you covered there as well.

My office removals in SW10 was smooth and uneventful, just as I'd hoped it'd be. Amazing Moves and the brilliant team that showed up to help make it so, meant that I enjoyed the perfect service.

The moving company I used when I first moved back to SW10 was no longer in business, so I figured I'd give these guys a go. These movers did a great job, and they cost a lot less than some of the other moving companies in the area.

I was moving quite a long way to SW10. Being able to call upon Amazing Moves was a massive help. Their movers did a tremendous amount of work for us on moving day. It's safe to say we wouldn't have gotten through the day without them.

The man with van service from Amazing Moves was a massive help. I needed some help when moving house to SW10. I didn't have a lot to take so I didn't need or want to pay for a massive moving vehicle, as I'd be paying for a load of extra space I didn't need. Their van was just perfect. The help I received was just what I needed. It was a great alternative, a terrific service.

Didn't have to worry about a thing with this SW10 moving company because they are very professional and knew how to help me.

I am very happy with how our SW10 move went. The movers from Amazing Moves did a fantastic job and were some of the most professional I've hired. I would highly recommend their moving services.

Economical and efficient moving company in SW10. No hassles, no hidden costs. What Amazing Moves quoted is what I paid.