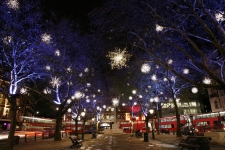 Today, everything is about saving time. We use email instead of regular mail for instant delivery; we order our groceries online and pick them up at the store, saving us from spending time shopping; and we do practically all our banking online instead of queuing up at the bank. If saving time is important to you, there's only one moving company SW6 that you should consult - ours!. Of course, we never sacrifice quality in the name of speed, but we make sure that there is no room for delay-causing errors and no misunderstandings about services that could slow the process down. Our customer services is focused on communication, which you can see for yourself when you ring 020 3970 0488.

Even if you have a relatively small removal, such as a one-bedroom flat, it is still worth hiring us for our Man and Van Service SW6, which can significantly reduce the amount of work you will need to do on your own. Why do a job yourself slowly, when you can get it done quickly with an extra set of hands. You'll be surprised by how affordable a little help can be and what a difference it can make in terms of the amount of time you will need to spend on your SW6 moving process. Moving into a new home is exciting, but the act of packing boxes and moving furniture is not nearly as exciting. Let us move it along for you.
The London SW postcode area does not simply stand for South Western, as one might guess. It is the short name for the South Western and Battersea postcode area, which covers some of southwest London. They were two separate districts at one point - the South Western (made up of SW1 through SW10) and the Battersea, which consists of SW11 through SW20. The postcode districts are SW1 through SW20 plus one non-geographic postcode district, SW99, which is located in SW3. The SW1 postcode district, however, has been subdivided into eight sub-districts because the area is so high density and includes many high-volume mail users, such as the House of Commons, the Palace of Westminster, 10 Downing Street and Buckingham Palace.

The SW6 postcode district has the historic name the Fulham district, as it covers Fulham. It, like all of the SW postcode districts, is in the LONDON post town, and is found in the Hammersmith and Fulham local authority area. SW6, as well as SW3, SW5, SW7 and SW10 are north of the River Thames, which divides London into northern and southern halves. SW6 has a great deal of riverfront property as the entire southern boundary is made up of the river from Chelsea Harbour in the east to directly across from the London Wetland Centre in the west. South Park, Hurlingam Park and Bishop's Park are found in this postcode district, the last two of which are along the river, as well as Eel Brook Common, in the district's centre. 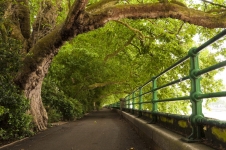 If you are moving into SW6, then you probably have an idea of how tight parking can be in this busy part of the city. You can be sure that not only is parking hard to find, but that it is strictly regulated as well, so it is important that you have a space reserved for your moving vehicle by contacting the council. This will certainly make your removal swifter, since you can prevent the movers from having to frequently move the van or circle for parking when they arrive. It is also safer for them and your belongings. Remember, a swift and safe move can be yours, but only when you call 020 3970 0488.

I enjoyed a top house moving experience in SW6. This company, their professional team, ensured everything on moving day went by swimmingly. I don't have a bad thing to say about them.

My wife and I were pleased with the house removals service to SW6 offered by Amazing Moves.

The man and van did exactly what I wanted him to do. The service in SW6 was without fault. It was an excellent transportation job by Amazing Moves, was precisely what I wanted.

I enjoyed an affordable office relocation to my new premises in SW6. It was a perfect service, just what my business needed at the time.

I wasn't looking forward to domestic removals but amazingly, Amazing Moves made it somewhat of an enjoyable process.

I hired these SW6 movers as they had better rates than other moving services I called. The movers did a fantastic job, and they had the whole move done in just a few hours.

Amazing Moves just proved itself to be a rather phenomenal moving company! They let me have a VERY last minute booking for their man and a van service to SW6. Let me tell you, they took a potentially fearful experience and turned it into a great experience!!! Definitely use again if needed!