Looking for Acton Removals? Call us now on 020 3970 0488 to book the best Removal Service in Acton with Amazing Moves.

Are You About to Become a Resident of Acton? Removal Company Can Help Get You There Faster 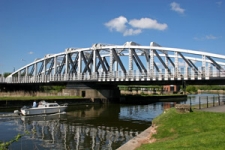 Any home or office removal could be a recipe for disaster. There are the packing materials to purchase, the sorting to do, the boxes to pack and load, then doing it all over again at the other end. Add all that to a busy work schedule and it's no wonder that many DIY moves actually do end in disaster. But that doesn't have to be the story of your removal Acton. Removal Company can have you all sorted in a few hours, as long as you've done the proper preparation. Imagine being in your new home - unpacked - just a few hours after leaving the old one. We're one Acton moving company that is really worth its salt.

In London's Borough of Ealing, almost six and a half miles due west of the city centre at Charing Cross, you will find the district of Acton. It has four wards: Southfield, East Acton, South Acton and Acton Central. There are a number of neighbourhoods that are also found within Acton, whose name stands for ‘an oak farm'. Even though it is mostly within the Borough of Ealing, a bit of Acton can be found in the London Borough of Hammersmith and Fulham and some of it even falls into the London Borough of Hounslow. Now that can be confusing!. Just know that it is easy to get to on public transport, since there are seven rail stations that serve the district.

Acton is quite a nice place to live, according to a public poll that voted East Acton at the top of the list. It used to be a place full of health spas, back in the 1600s, so it's no surprise that it maintains its destination feel. The high street is, of course, the backbone of the community, feature several public houses, and with so many young people living in the area, they tend to fill up. Ethnic, especially Asian cuisine, is what you will find around the high street. This multi-cultural district includes everything from Portuguese to Lebanese and Spanish bars catering to the local population. 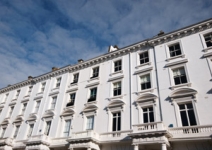 Head to the Mount for a market three days out of the week. You'll find great food and plenty of other items for sale. Then make your way to Acton Park, where you can enjoy the day with the kids. There is a children's area, a football and basketball court, tennis courts, a bowls area and a pond. Spend the day wandering around the park and pick up a meal at the café near the bowling green. There are some Victorian buildings, but much of the housing in Acton is in blocks of flats.

A move to Acton when you are in the midst of a strenuous work project or while the kids are in school may come with its own set of problems. When will you have time to contact all the medical providers, rent a storage unit and coordinate the remodeling?. When will you even have time to pack?. While many people leave moving for the weekend, you might be able to get a better rate if you schedule during the week or ahead of the season when school lets out. Whenever you choose to move, the most important task to accomplish is to call Removal Company on 020 3970 0488 to schedule an assessment and book your removal. Just remember to also reserve a parking spot out front as soon as you know your move out date. The Borough of Ealing information about parking can be accessed on its website.

I did plenty of research, looked into removal companies to hire when moving to Acton. Amazing Moves stood out to me for many reasons. I hired them for the job and quickly realised I'd made the right choice. Everyone I dealt with from this company was just terrific.

My Acton house move went wonderfully. I am so glad that I decided to hire these movers. They are exceptional at what they do.

I hired these movers to help my elderly parents move house. They have a great reputation and lower rates than most others in the Acton area. Everything went perfectly.

The office removals carried out by Amazing Moves was smooth and stress-free. I can't thank the hardworking crew who came to our office space in Acton to help move everything enough. They completed a brilliant service. I'm so glad I hired them.

I hired this removal firm for work in Acton. Amazing Moves gives really personalised experiences and takes care. I feel like there was a mutual understanding of the importance of my items without having to actually say it.

I highly recommend Amazing Moves. I just moved from Acton and this moving service made the process simple.