Contemplating How to Move to EC2 Shouldn't be Too Concerning; Just Call Removal Company 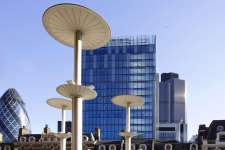 There are a number of things to worry about when planning for a removal. Most of our customers are concerned about damage to their items en route to the new home. But we offer insurance and guarantees, as well as some of the most experienced moving professionals in the business as assurance that your belongings are safe and sound with us. There are more pressing issues, which we feel our customers should be aware of, so that they can be taken care of with as little worry as possible. For example, reserving a parking space for the day of, letting the proper storage space for your things, and ordering the correct amount of packing supplies and materials are all crucial factors in the success of your EC2 move. When you hire us as your moving company EC2, you can rest assured that not only will your things arrive intact, but that we will prepare your for all the little difficulties that moving brings, so that in the end, it won’t seem like such a big job.

There are four postcode districts in the EC postcode area in London. In fact, this postcode area is also called the London EC postcode area, which is simply a more accurate name. The EC stands for Eastern Central, which is really only news to people who do not live in or around London. The EC postcode area was designated in 1917, so it has outlived many (or most) of the city’s residents at this point, but it is still an important part of the central London landscape. That is because almost all of the City of London is included in this postcode area, as well as certain parts of the London Boroughs of Tower Hamlets, Hackney, Islington and Camden. It is an area of very high population density, so it makes sense that the four districts – EC1, EC2, EC3 and EC4 have been further broken down into another 20 postcode (sub)districts that are far more useful for mail sorting. The four larger postcode districts within the EC area are not entirely useless – they are found on street signs and act as geographical markers in this bustling part of the capital city.

The EC2 postcode district has the boundary of Old Street on the northern side, Poultry, Cheapside and Threadneedle Street on its southern end, Aldersgate on the west, and Bishopsgate on the east. It more or less includes the City of London’s northeaster corner, moving away from St. Paul’s Cathedral. It is also home to Moorgate, Liverpool Street and Finsbury Circus, as well as small portions of the London Boroughs of Islington and Hackney. 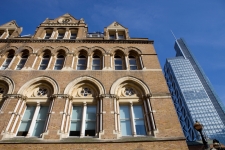 Don’t forget to reserve parking for the moving van. Contact the City of London or the Borough of Hackney, depending on your new address. Hire our moving company today, and you’ll see the difference a professional service can make in easing you into EC2. Call on 020 3970 0488 and leave the rest to us!.

I'd hire their movers again, would recommend them in a heartbeat. It was a pleasure having them help during my move to EC2. They were professional and personable to a fault. Because of them, I can safely say that I'll remember the move for all of the right reasons.

I didn't expect EC2 moving companies to be so expensive. I didn't think I would be able to afford professional moving services. Luckily, a friend recommended these guys, and their rates were much more reasonable.

As far as office relocation services go, the one managed by this company in EC2 was pretty much perfect, couldn't have gone any smoother.

Those who worked on my office relocation to EC2 did brilliantly. They were just amazing, helped me and my business out massively.

This moving house option in EC2 is the best. Amazing Moves did a great job for me and took care of everything so nothing was broken in the move.

That is the best removal firm in EC2. The work they did for me was impressive. I would hire them again.

In the future, I would not consider using another house removal in EC2!