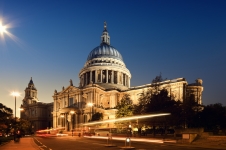 One of the services that we offer as EC4’s best removal company is great customer service. That means that our representatives are always available, by email or by phone, when you need them. If you’ve ever had your inquiry ignored or your phone call unanswered when dealing with a moving company, or any other company, you know how frustrating it can be. We know how important it is to keep our lines of communication open, so you won’t feel left out to dry when it comes to important information regarding your move. Call us on 020 3970 0488 to see the difference at little help can make with your move. While you may want us to provide a full crew, a large moving lorry and a complete list of removal services, you might just as easily want a Man and Van Service and to do most of the work on your own. No matter what your removal needs are, or how big or small your move is, Removal Company can provide the help you need, whether a little or a lot.

London has a lot of postcode areas. One of them, the EC postcode area, sometimes called the London EC postcode area, is an important one since it is home to almost the entire City of London. The City of London is not only a very densely populated part of London, but it is also home to a number of the most important and well-known buildings and attractions in the world. But the EC postcode area also includes some of the London Boroughs of Hackney, Tower Hamlets, Islington and Camden. It is made up of four distinct postcode districts, which have been around since before the 1st World War. But those four districts are no longer used for sorting mail; rather they serve purposes as geographic reference points and locators, appearing on street signs in this busy part of the capital city. 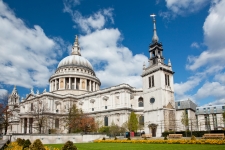 EC4A has a coverage area of Fetter Lane; EC4M covers St. Paul’s; EC4N covers Mansion House; EC4P is a non-geographic postcode area; EC4R covers Cannon Street; EC4V covres Blackfriars; and EC4Y covers Temple. It’s boundaries are London Bridge on the east, the River Thames to the south, Cheapside on the north and Chancery Lane on the west. It roughly contains the southwest corner of the City of London and includes St. Paul’s Cathedral, Blackfriars, Fleet Street and Temple.

Since all of EC4 is within the City of London, contact the council for questions about reserving a parking space for the move – a must to keep things on schedule. On a map of Greater London, the EC postcode area appears to be right in the center. It is quite an important area, both in terms of the landmarks that are contained within it and the history that this location includes as well. Once your move to the EC4 area is set, the most important thing you can do to make sure everything goes smoothly is to hire the right moving company. Call us on 020 3970 0488 for your free quote today and you’ll see how well your removal needs can be taken care of by our expert team of movers and advisers.

Even though they're a professional home removals company, I was worried about leaving my possessions in another team's hands. I'm pleased to report that all of my items remained intact whilst in transit to EC4. That's all I wanted.

Their movers did a phenomenal job. I hired them on the advice of a friend, and I am very glad that I did. They have affordable rates too. If you are looking for professional moving services in the EC4 area, these guys are great.

I recently used this company for the first time when moving to EC4 and it really was the perfect removals service. It was without fault. I want to thank the brilliant team I had the pleasure of dealing with.

Undergoing home removals was a massive undertaking for me. I was moving quite a distance to EC4 and had a lot that needed to be moved. I'd heard good things about Amazing Moves, so gave them the job of helping me and my items relocate. It proved to be a great decision on my part. Thanks to their hard work and professionalism, my move progressed without a hitch. I can't thank the team enough for all the effort.

Wanted to get someone in EC4 to help with moving. I found Amazing Moves to be the removal company for me. They are amazing!

The movers from this removal firm arrived in EC4 just as we had agreed. They came with their packaging boxes and packed everything nicely. They then loaded everything in the van and off we went. That was an awesome experience. I would hire them again if need be.

These movers have earned my continued business. With this move to EC4, they did a fantastic packing job and arrived at our new apartment when I expected. And they unloaded within an hour! Great company!