Looking for Marylebone Removals? Call us now on 020 3970 0488 to book the best Removal Service in Marylebone with Amazing Moves. 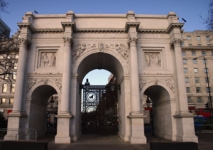 Some Marylebone Removal Companies offer the same services we do. Some Marylebone Movers offer to get the job done quickly. But Removal Company is the only Removal Services Marylebone that will do the job quickly, offer you all the services you need AND remain affordable throughout. Plus, if you value customer service and responsive employees, then we are the company for you. For a small home removal, our Man and Van service might be just what you need, but others may require storage during remodeling, a larger moving vehicle and packing supplies delivered right to the front door. Whether your move requires a lot or a little, we can accommodate it and keep your budget from blowing up. Call today on 020 3970 0488 for a free quote to see for yourself.

The inner city area in Central London called Marylebone is quite an affluent part of the city. It is bordered by Great Portland Street, Edgware Road, Marylebone Road and Oxford Street and includes Marylebone Village. Sometimes, Regent's Park is considered part of Marylebone, but it depends on whom you ask. Marylebone is sometimes written as Mary-le-bone or St. Marylebone. The area has become even more popular since the Jubilee Line on Baker Street opened, directly linking the area to Canary Wharf, making it a great commuter neighbourhood.

The area's name comes from St. Mary's Church, which is located on the Tyburn stream (a ‘bourne'). Hence the name St. Mary at the Bourne, which was later shortened to what it is today. During the 19th century the are was famous for its dueling grounds and prizefights, but there are no remnants of its former boisterous character now. The Marylebone High Street is somewhat hidden and is a secret West End gem to many residents of the surrounding neighbourhoods. Regent's Park is another popular destination, as it is the home of the London Zoo, so perfect for a day out with the kids or visitors. 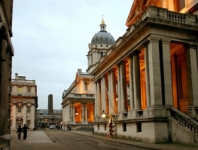 Marylebone is also home to the University of Westminster, the Royal Academy of Music BBC Headquarters and Madam Tussaud's, for some recreated historical figures, if you will. Regent's College is also located in Regent's Park, along with the zoo, and is home to a number of schools, including the European Business School London, and Regent's Business School. Charles Dickens once made Marylebone his home, as did Ringo Starr and Yoko Ono. Paul McCartney and Madonna are some of the more recent famous residents. Nearby attractions all within the City of Westminster include Buckingham Palace, the National Gallery, West End theatre, Tate Britain and more.

Though it may be hard to pronounce at first, Marylebone is certainly a worthy place to make your new home or office. If you are at a loss about where to begin, consult our handy removals checklist, or start by making a list of all the things you know need to get done. Then ask friends and family who have moved recently for tips on things you shouldn't forget to do. A good clearing out should be first on that list of tips, and hiring Removal Company for an assessment and other removal services should be second. Moving Marylebone can be quick and easy, you just need the right company on your side. Remember that when moving anywhere in London, it is important to reserve a spot for the moving vehicle to park so that everything can unloaded efficiently. See the City of Westminster's website for more information and you'll be ready to start your removal planning.

I hired this removal company at the last minute. I required urgent help as I was moving to Marylebone quickly and I didn't have things in order. I got this company on board, and they took charge of everything. It was a brilliant service.

The other Marylebone moving services I called wanted far too much for their house moving services. This company was suggested by a friend and their prices were much lower. The movers did a fantastic job.

I recently used Amazing Moves and their moving services for the first time when relocating to Marylebone. The team that came on board were absolutely brilliant. It's no exaggeration to say that I wouldn't have managed without them.

I was extremely satisfied with their movers, the company as a whole! Everything that took place was handled brilliantly. It meant that I was able to move to Marylebone with ease. I'm very grateful to all those involved.

If you're looking for an affordable removal firm in Marylebone, I wouldn't look any further. These guys have helped me through some of the biggest moves of my life.

I was one hundred percent satisfied with my move to Marylebone with Amazing Moves. I'd hire the moving company again.

For our last move, we used Amazing Moves since we were not happy with the moving service that settled us in Marylebone. Amazing Moves impressed us from their first contact. I would recommend them in the future.