Where Did the Time Go? Got a Removal Approaching? Call Removal Company 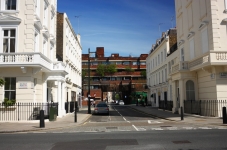 It's not that we specialize in last minute W1U removals, we just happen to do them very, very well. And it's not that people seek us out for their last-minute removal needs, but we are a very accommodating company and do our best to serve all of our customers. Many times the last minute cannot be avoided when it comes to moving out of your home. Your rent may be raised at the last minute when you are about renew your lease; your new place may be under construction or repairs for longer than expected. There are myriad reasons for needing a W1U man and van or a storage facility, but whatever your reason, you can rest assured that Removal Company will find a way to help you move.

Even if you have known about your removal for some time, time flies when you are busy and you may find yourself with a lot of work still left to do at the last minute. A removal checklist can help with this, but it is impossible to foresee all the things that could come up and cause delays along the way. But don't feel adrift; call 020 3970 0488 to schedule any of our services one-off or have our guys come in and take care of everything in one fell swoop, with plenty of time to spare.

The postcode area that covers part of central and some of west London is not called simply the Western postcode are. No, the London W postcode area is also known as the Western and Paddington postcode area because it reflects two districts of the old London postal district system. The Western district became what is today the W1 district, which has 14 subdivisions. And the Paddington district became what we know as the W2 through the W24 postcode districts. The W1 district and its subdivisions, along with the W2 district, is central to the City of London with the rest of the W districts extending west along the River Thames. The boroughs covered include Ealing, Brent, Hounslow, Hammersmith and Fulham, and Camden as well as the Royal Borough of Kensington and Chelsea and the City of Westminster. 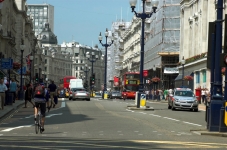 The W1U postcode district covers Marylebone in the City of Westminster, which is its local authority area. It is in the LONDON post town, as are all the W postcode districts. On the north it is bounded by Marylebone Rd, by Gloucester Pl on the west and meets the A40, or Oxford St, to the south. It lies just northeast of Hyde Park, so the famed Serpentine is nearby as are St George's Fields. The area known as Mayfair is just to he south while the London Business School is a bit north. The main thoroughfare through the W1U postcode district is Baker St, along which many commercial businesses can be found. While Marylebone is near the city centre, it is nice to know that it is so easily accessible by Tube and by rail. It is surrounded by six Tube stations and the London Marylebone rails station is just to the district's northwest.

Anywhere in London you will find that parking is a major concern. While many people don't have cars if they live in the city centre, it is important to familiarize yourself with the parking regulations of the City of Westminster by viewing the council web page dedicated to parking. Here you'll find info about parking the moving vehicle on your moving day, an important step to take. For other hints and tips, ring us on 020 3970 0488.

The overall house moving experience to W1U went very well. We found them to be easy to deal with, efficient and cost-effective.

House moving is not considered a good time. It's listed as one of the top stressors someone can go through. Let me just say, if you use this mover, you won't be stressed out, they're that good. Got us to W1U right quick.

Their movers delivered my items to W1U without any issues. It was a speedy, hassle-free service, and it was cheap too in comparison to the competition, other companies operating in the area.

Relocating to W1U was a breeze. Their crack team of movers made it so. It was a large move, but the team from Amazing Moves handled it all superbly. I didn't have to worry about a thing. It was just the service I needed.

The process of booking removal van hire couldn't have been easier with Amazing Moves, and the deliverance of the all-important moving service on the day was faultless, was just top-notch. They're an excellent company and certainly have my five-star recommendation.

We contracted with Amazing Moves to handle our long-distance move to W1U. The service was exceptional, and the movers they sent were very friendly.

Professional and organized moving company. Amazing Moves made certain that our belongings were packed just right, so our transition to W1U would go smoothly, which it did!