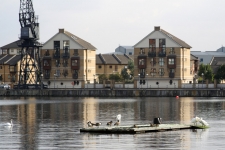 That effort can be in a number of forms. You can put in your own elbow grease, doing all the packing, all the furniture dismantling, and all the sourcing of packaging materials E3 and storage units. Or you can rely on our elbow grease for those tasks and focus your efforts on the organisation and admin involved with a successful move. One thing that requires effort on your part that should not be avoided is a good clear out of your old, unused, and unwanted things. Of course, you could bring absolutely everything with you with the intention to sort once you are in the new place. And you could hope for a new home or office with plenty of storage space for all that stuff you never use. But practically speaking, clearing out before the movers arrive to do an assessment, pack your boxes, or load the furniture onto the moving van, is really the best way to go.

If you manage to clear out your old things for the charity shop, the dump, or the car boot sale before our movers come to complete an assessment, you will get the benefit of the most useful information regarding the number of boxes to purchase, the number of E3 movers to hire, even the size of E3 storage unit to go in for. So call Removal Company right now on 020 3970 0488 - it's one effort that will really pay off.

The London E postcode area, or the Eastern postcode area, as it is also known, covers a part of east London and some of the area called Sewardstone, which is in Essex, not Greater London. The E postcode area dates to 1866 when the E and NE areas were merged. (Those two areas had been formed originally in 1858). The numbered districts came about in 1917, with each district numbered according the alphabet and its location. There are 22 postcode districts within this area, 2 of which are non-geographic. Those are the E77 and E98 postcode districts, which are located in E1 and E1W, respectively. E77 is used by NatWest, and E98 is for News International.

The northern boundary of the E3 postcode district runs through the middle of Victoria Park. Its western boundary is also in parkland, running along the edge of Millenium Park and Mile End Park, which contains the Mile End Stadium and the Mile End Leisure Park. At the northern end of this green space is Wennington Green. Bow Creek runs through the eastern part of the postcode district, which covers Bow, Bromley-on-Bow, Mile End, Old Ford, Three Mills, and the London Gas Museum. It is in the Tower Hamlets and Newham local authority areas. It is also where the Ragged School Museum is located, which is found in a former Ragged School and gives a view of what life was like in Victorian London. The district used to be known as the Bow district, its historic name.

To the north of the London E postcode area is the Enfield postcode area (EN), followed by Ilford, London SE, London EC, and London N, moving clockwise. While it may seem like a lot of work to get everything packed up and moved, remember one little task that takes very little effort and can really save some money and time on moving day: reserving a parking space in front of your new home by contacting the local council. Visit the Newham or Tower Hamlets website for more info. And then call us, Removal Company!.

Fantastic home removals business, costs are okay, the work is exemplary, and my items were in good hands from here to E3.

This is a cheap home removals company in E3, the movers are professional and polite.

Communication was great from their man and van team, and they were pleasant and courteous throughout the move to E3 too. Having their expertise on board certainly made the move a whole lot less stressful.

Their man and van crew were a joy to be around for the duration of my journey to E3. They're a credit to Amazing Moves, who in turn, are a credit to the industry. I'm happy to write this recommendation.

I underwent an affordable house move thanks to Amazing Moves. Due to the sheer scale of my domestic removals job, I was anticipating the service to cost an arm and a leg. It would've done if I'd gone with another company. This company gave me a great price quote and they stuck to it too, even after the massive amount of work their team put in on moving day. It was a great service from start to finish.

Thank you so much for doing such a good job moving us from E3! Fast, friendly and efficient!

Amazing Moves provided us with an excellent move to E3. Great moving company.