If You've Bought a Home or Rented a Flat in E6, It's Time to Call Removal Company 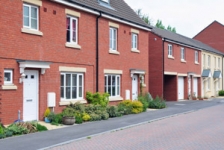 That's right, it's not too early to arrange your removal vehicle and moving crew, even if you don't have an exact move out date set. There are plenty of removal services which we offer to help you arrive at that move out date more quickly and better prepared. While many people leave calling the moving company E6 until it's too late, you should call us right now on 020 3970 0488 and we can help you begin. We'll start with a  home assessment of your flat or house, to let you know how many boxes you will need, how many movers will be necessary and what size vehicle to let. We can also help you located and arrange a storage unit, whether you are moving or not. For short-term or long-term storage, it's much easier to have once removal company E6 in charge of it all, so you can be more in charge too.

Arranging all the stages of your removal on the calendar is sometimes harder than the actually move out day. Take a look at our handy removal checklist to see where you can get started without getting overwhelmed, and remember to do a little bit every day. You'll find that by the time the moving van arrives, most of the work is already done. But you don't have to do it all yourself, you can have us do your packing and furniture disassembly for you, at great low rates. Find out more now by ringing 020 3970 0488. 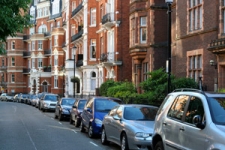 The E6 postcode district was once named the East Ham district, as it covers East Ham as well as parts of Barking and Upton Park and all of Beckton. The name East Ham district is no longer part of the postal address, as anyone who lives in London knows. It is in the LONDON post town and the Newham, Barking and Dagenham Local authority areas. If you haven't been living in E6, you perhaps know of a place within it - the West Ham United Football Club Ground, also known as the Boleyn Ground. Beckton District Park North is also found here as well as new Beckton Park. A small part of the southeastern boundary corresponds to the River Thames in this less-populated part of the city. E6 is also the easternmost postcode district in the London E postcode area.

For parking info in Barking and Dagenham, visit the council website here. And for Newham, check here for details about reserving a space for the moving van. To the north of the E postcode area is Enfield (EN), followed by Ilford (IG), London SE, London EC and London N, moving clockwise on the map. It's a wonder that more people don't start planning their home removals well in advance, but that's most likely a result of our busy, overscheduled lives. It's always easier to say, “I'll call tomorrow” and put it off another day. Well, don't put it off one more day - ring now on 020 3970 0488 and you can speak with a moving advisor who will answer all your questions and put you right at east. You can also get a free quote in the process!.

I'm pleased to report that moving to E6 was done with ease thanks to Amazing Moves, and more specifically, their man and van team. I couldn't have gotten a better team on board for my move. A massive thanks goes out to the hard-working professional that helped me.

I had some things in the attic that I needed to be moved to storage. I hired these movers to help out because they had the lowest rates in E6. They were great. I would use them again.

Moving to E6 was easy and effortless. That's something I never thought I'd say. Their house removals team made it so.

I was able to hire a moving vehicle for a great price from this removal company. The van and the service as a whole was terrific, was just what I needed in E6.

Hired this E6 moving service and have no regrets. This company did a great job for us when we needed them.

I rang what seemed like every single removal company in the E6 area before deciding to hire these guys. They were professional and had the job done fairly quickly.

Great man and van service! Just had to transport a few items of my mum's into a storage unit in E6. The movers were so helpful and hardworking, that it took no time at all! Thanks!