Once You've Gotten to the Point of Hiring a Moving Company, Your Nearly Done with Your NW10 Removal 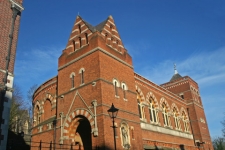 That's because by hiring the professionals to come in after you've finished clearing out all the things you don't want to take with you, you can be sure that everything will get done as quickly as possible. Especially if you hire the NW10 removal company which offers everything from storage to transport and all the necessary services in between. Hire Removal Company today and you'll be nearly done with the hard work of your removal, since you can leave it all up to our movers. You can go back to work or focus on planning your transition, starting your new job, or helping the kids adjust to switching schools. You could even spend that free time throwing a going-away part for you and your friends and neighbours. However you choose to spend that extra time that will be freed up by hiring Removal Company is up to you, but the sooner you call, the sooner you can start having your life back.

In NW10 if you need storage, call 020 3970 0488. If you need an NW10 man and van, send us an email or call on the same number. If you need packaging materials delivered to your door, we can do that too. Rely on us and you'll be able to see the light at the end of the long moving tunnel, or more practically speaking, your new front door.

The NW10 postcode district is one of the 12 in the London NW postcode area, or the London North Western postcode area, as it is also known. The area was created in 1856, but back then it was known as the NW sector. The alphanumerically labeled districts were implemented in 1917 as a way of arranging and simplifying the postal system in the growing city. The NW postcode area includes large sections of the London Boroughs of Brent, Barnet, and Camden and smaller sections of the City of Westminster and the London Boroughs of Hammersmith and Fulham, Harrow, Ealing, and Islington. The area is surrounded by the Enfield (EN), London N, London EC, London WC, London W, Harrow (HA) and Watford (WD) postcode areas. 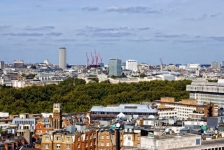 NW10 covers a large number of towns and areas in the London Borough of Brent, including Willesden, Kensal Green, Harlesden, Brent Park, Stonebridge, Church End, and parts of Park Royal, Acton, Neasden and Kilburn. All the NW postcode districts are in the LONDON post town. The NW10 district is quite large, extending from the Brent Reservoir in the north to Wormwood Scrubs Park in the south. Roundwood Park is at its centre and there are plenty of rail and Tube stations that connect this district to the rest of Greater London. This is quite a diverse part of London, home to the Islamic College for Advanced Studies ICAS as well as the United Synagogue Cemetery. For recreation, residents can turn to the Willesden Sports Stadium or the Wesley Recreation Ground.

While this part of London is not nearly as populated as the city centre or even some other districts, it is still a smart move to reserve a parking space for your moving vehicle. It is tough to find a spot right in front of your new home or office that is large enough to accommodate a moving lorry, especially if you haven't contacted the council. View the Brent council webpage for more information. Once you have set your sights on your new home or office, it's time to focus on how to get there. Hiring us is your next step!.

Proficient, qualified and skilled workforce helped get me to my new destination in NW10 last week. I rate your movers a long cool perfect 10!

With our change of residence to NW10, we booked this moving service to get us and our goods there.

Amazing Moves is a great man and a van company. They are a small outfit, but their employees are highly rated. All of them are very careful with your belongings, and I didn't have so much as a scratch on my items. They can be found in NW10.

I'm full of praise for their domestic removals team. I had a couple of small kids to take care of, so knowing Amazing Moves was in charge of everything on the day was a load off my mind. My move to NW10 was straightforward, thanks to their experts.

I decided to try this moving company for the first time recently and they came up trumps. Amazing Moves provided a faultless service, one that I was incredibly thankful for.

I needed a removals company following the death of my father. Amazing Moves had the best price and worked with me to not only bring items to my own home in NW10 but to make a few charity drop-offs as well.

Very trustworthy removals firm located in NW10. They've moved both my house and business, each move is done well, effortless and efficient.