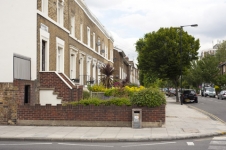 Becoming a new resident of any neighbourhood or area is tough. You may not know your new neighbours and you might not know the lay of the land very well. But learning about the people in your building and your community can be fun, as can exploring all that your new area has to offer. So look at moving as an exciting adventure, one that can yield new friends and new favourite places. Unfortunately, many people only see the negative side of moving - the packing, the unpacking, the loading and hauling. But when you hire us as your NW6 moving company, you can leave all that up to us and focus on the fun parts of your move - all the new experiences you will have.

One of the best ways to tackle a home removal is to have us come and do a moving assessment of your house, office or flat. This should be scheduled after you have sorted your belongings and decided what to toss, what to keep, and what to donate or sell. Armed with the information from your assessment, you will know just how many boxes to order, what size NW6 storage unit you will need and how many movers will make your removal go smoothly. We specialise in relocating people and their things, so there is nothing that we can't handle when it comes to your NW6 removal. Call Removal Company now on 020 3970 0488 for more info.

The London NW postcode area is in, of course, northwest London. It is sometimes referred to as the North Western postcode area, and is made up of 12 postcode districts extending from central London along the M1 to the northwest. It was once known as the NW sector, when it was created in 1856, but has gone through several changes, including its name change, in the intervening century and a half. It was divided into numbered districts in 1917, along with many other London postcode areas. This alphanumerically identified districts were intended to simplify sorting and delivery and have stuck around to this day. The NW districts are numbered NW1 through NW11 and there is one non-geographic district, NW26, which covers large businesses and is located within NW1. The London Boroughs of Barnet, Brent, Camden, Ealing, Hammersmith and Fulham, Islington and Harrow, as well as the City of Westminster all have areas in the NW postcode area. 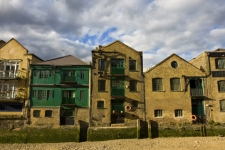 The NW6 postcode district's historic name is the Kilburn district. It covers Kilburn, as expected, as well as Brondesbury, Queen's Park and West Hampstead. It has three local authority areas: Camden, Brent and Westminster, so click on the link for your local council to view restrictions on parking. You will also be able to reserve a parking space for the moving vehicle by contacting the council directly, an important step in preparing for your move in day. In the district's western corner is the South Hampstead Cricket Club Ground, great for watching matches or even playing, if you are good enough. Plenty of Tube and rail stations connect this small district to the rest of Greater London, making it truly a commuter area. The Paddington Recreation Ground is also nearby, which is great for families with kids.

Looking on the bright side of your home or office removal is easy when you know you have the best NW6 moving company on your side. All you need to do is email or phone us on 020 3970 0488 to get us started working for you. Remember, from cardboard boxes to carrying it all, there's only one company you need.

Well-admired home moving company in NW6 that I've myself use it. Just recently they helped me get to a new home here. Same great service as always.

Happy with the result. All furnishings transported by man and van service arrived to NW6 unharmed and in great shape.

Business owners should never relocate their offices with the help of friends, family members, or even employees. They should hire the services of a removals firm. Amazing Moves is one firm that specialises in moving offices. This organisation does a great job of organizing and moving your office from one location to the next. They're located in the NW6, and they are known for their speedy moving service.

After my recent experience at the hands of their house moving team, I have no qualms about recommending Amazing Moves to others. They helped out massively when moving me to NW6 and I'm sure they're consistent.

There are plenty of moving services out there. I'm lucky I chose the right one from the right company. Amazing Moves didn't put a foot wrong when helping me move into my new place. It was a brilliant service, one that I'd certainly recommend to others.

Every facet of our NW6 house removal was easy. They are extremely helpful and had great attention to detail.

My home relocation to NW6 went smoothly due to their excellent movers, thank you so much!