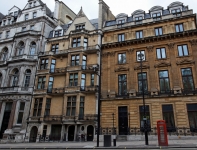 Whether you are nearing your move out date or you still have weeks or months to go, there are benefits to calling us now on 020 3970 0488 to schedule your assessment and removal. Why is now the right time?. Well, if you are up against a tight deadline and need the job done quickly, we are the company for you. We can come and do the packing for you much more quickly than you could on your own, an especially helpful service when you are moving in a hurry. And, we are often able to accommodate last-minute moves because we know that sometimes, lots of notice is not possible. But we are also the company to call if you still have plenty of time before your move. That's because we can help you through the planning phase so that you get the most out of your money. So if you are looking for a Man with a Van NW8 or a full-service moving company with all the services you could imagine, there's only one number you need to call and one name you need to remember - ours!.

There are 12 NW postcode districts, numbered from NW1 to NW11 and one non-geographic postcode, NW26. The last is located within NW1. The postcode districts of NW fall within the London Boroughs of Camden, Westminster, Barnet, Brent, Islington and Harrow and stretch from central London toward the outskirts of Greater London. NW8 is, of course, in the LONDON post town. It falls within the local authority areas of Camden and Westminster, but does not cover all of one or the other. NW8's coverage area is St John's Wood, part of Lisson Grove and part of Primrose Hill. Indeed, its historic name is the St John's Wood district, though this name is no longer used today. 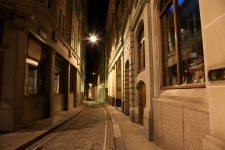 As with many of the other postcode areas, the lowest number of its alphanumeric scale is closest to central London. This is true for NW, so NW8 falls farther from the centre of the city than the outer boundaries. The postcode areas that surround NW and therefore NW8 are WD, EN, N, EC, WC, W, and HA, clockwise starting from the northwest. The rest of northwest London, which is not covered by the NW postcode area, is covered by a bit of the WD, some of the EN and the HA and UB postcode areas.

No matter where you are moving to in NW8, it is important to consult the council website for information about where you can park the moving vehicle and possible reserving a spot. This will make your move in day even easier. And remember, whether you are moving on short notice or have plenty of time to plan, now is the perfect time to call us on 020 3970 0488.

They were quick, professional, personable, hard-working movers. That's a recipe for success. And I enjoyed a top move to NW8 because of them. I want to say a big thanks to their brilliant team.

Amazing Moves will be handling all of my NW8 moving needs from here on out. Their movers are professional and skilled, and they get the job done fast. I can't recommend their moving services enough.

I highly recommend this removal company. In fact, I already have! After using them myself, I recommended them to a friend who was moving to NW8. The report I got was that they too received a brilliant service.

I recently used Amazing Moves for removals to NW8 and the service couldn't have gone any better. We discussed everything beforehand. I ensured they were clued up on the details and timings, and so on the day, they arrived promptly and were ready to rock and roll. Everything ran like clockwork. There were no unexpected surprises, which was an almighty relief to me during this already very stressful time. I can't thank the crew enough for the work they put in.

I went with the movers from Amazing Moves and found they are the best in NW8 because they were reliable and have a good price too.

I hired the movers today from Amazing Moves to transport my stuff to a storage unit. The movers that came to me in NW8 were so friendly and professional. They made me believe in removal firms again. Great job, guys.

I just moved to an apartment in NW8 that has an exceptionally narrow set of stairs. The movers from Amazing Moves discussed the best way to move some of my larger furniture first and then got everything moved in just an hour. Excellent problem solvers!