Get Your RH1 Removal Right, without Any of the High Costs and Hassle of Other Companies 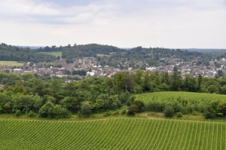 What does getting it right mean when it comes to a home or office removal?. Well, it means having the proper amount of time to prepare your things, whether in boxes or for donation. It means knowing how many cardboard boxes to buy and how much money to budget for the entire process. It means that your removal isn't delayed, even by a day, but something that could have been avoided. And it means that everything is taken care of well before the last minute, including the storage needs. At Removal Company we are proud of our history of getting it right for each and every removal that we do, whether a home or office move, a long-distance or a short-haul move.

If you would like to hire a company that takes pains to get it right, then hire us. It's easy when you call for a home assessment on 020 3970 0488. Or, just get your free quote and make up your mind later - there's no obligation!. When you find out about the prices we offer and the variety of services available, you'll be convinced that having your home removal done right means one thing, that Removal Company should be your RH1 moving company, without a doubt.

The Redhill postcode area, also known as the RH postcode area consists of 20 postcode districts in Sussex and Surrey. They all fall within one of seventeen post towns, including Redhill, Reigate, Betchworth, Dorking, Horley, Gatwick, Lingfield, Godstone and Oxted, as well as Crawley, Horsham, Billinghurst, Burgess Hill, Haywards Heath, Forest Row, East Grinstead, and Pulborough. The Gatwick Mail Centre is its main office for sorting, which, despite the name, is actually located in Crawley.
The RH postcode area serves a number of districts, such as Reigate and Banstead, Tandridge and Mole Valley in Surrey; Crawley and Horsham in West Sussex, and Lewes and Wealden in East Sussex. North of the RH postcode area is the Sutton postcode area (SM) and clockwise from there are the Croydon (CR), Tonbridge (TN), Brighton (BN), Portsmouth (PO), Guildford (GU, and Kingston upon Thames (KT) postcode areas. 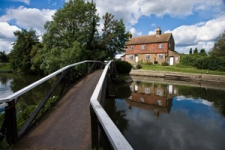 The RH1 postcode district is the only one in the post town of REDHILL. Its local authority area is Tandbridge, as well as Reigate and Banstead. And its coverage area includes Redhill, Earlswood, Nutfield, Merstham, Bletchingley and Salfords. RH1 is just west of the north-south M23 and is actually between Godstone and Reigate. London's Gatwick Airport is not far to the south and the Bletchingley Golf Club falls within the district as well, two positive elements for residents. It is due south of central London, just over the M25 beyond Croydon. It is also not too far from the beaches at Brighton, which are certainly a boon when school's out and the weather is a bit warmer. This postcode district seems to have the best of both worlds - proximity to the southern coast as well as being near London, which is certainly handy for residents who commute to the capital for work.
Contacting your local council well ahead of time to reserve a place for the moving van to park will make your day easier and quicker. Our RH1 movers are ready to help you, all you need to do is reserve a date and time, which you can do through our website or by contacting a moving advisor over the phone at 020 3970 0488. You can also get in tough by email. Whichever your preferred means of communication, you will certainly end up preferring our services to any you've tried in the past. There's simply no comparison!. So call no to begin getting your removal right, and at the right price, too.

Their domestic removals team made upping sticks and relocating to RH1 a breeze. I certainly made the right decision in getting Amazing Moves on board.

I positively recommend these movers. They were so great with my recent RH1 move, and they charged me less than what others are charging.

I called this company and the home removals job was pretty much sorted. I detailed everything that needed doing on the day in RH1 and then left everything in their capable hands. They didn't disappoint.

Home removals were cheap and professionally carried out by Amazing Moves. I looked into hiring a range of companies during my house move to RH1. But this company came up trumps for me, provided perfect service at a great price. It really was terrific value for money and the team I had the pleasure of meeting helped me out massively.

Happy with the moving service in RH1 we got from Amazing Moves, had no issues with anything.

Knowing the nature of my mum, I really rated them after she talked very highly of them after a move to RH1. They made her happy, and for that reason I highly recommend them.

Superior and professional moving company. Our move to RH1 went as planned, no surprises. Thank you, Amazing Moves.