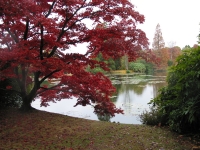 Many of our customers tell us that when hiring a moving company they are most apprehensive about how their furniture and personal possessions will be treated. Well, we listen to our customers and make sure that we always treat their items as we would treat our own - with care. There are a number of services that we offer for BR2 moves, but for those who are concerned about priceless or breakable items, perhaps the most valuable service is our packing offer. Not only will help you assess how many packing supplies and cardboard boxes you need, but we will offer them to you at a great price and deliver them to your door. But the service doesn't stop there. We will professionally wrap each item and carefully pack it away in the appropriate box, something that is harder to do than it sounds. Many people pack their own things just to find that something has been broken during transport. So leaving it up to the pros is the best way to ensure the safety of your belongings. Add to that our qualified drivers and experience loading vans and you won't for one minute consider doing it all on your own.

The BR2 postcode district is in the post town of Keston. It's coverage area is Keston, but it falls within the local authority area of Bromley. The postcode districts BR1 through BR8 are relatively large and appear spread out on a map of Greater London. That's because the southeastern section of London, which is covered by the BR postcode area, is not as densely populated as some other parts of the capital city. Indeed, the area is largely suburban and is even one of the more affordable parts of London to find a home. There is also BR2 coverage of Hayes, Bickley, Shortlands, and Bromley Commons in the BROMLEY post town, which also all fall within the Bromley local authority area. 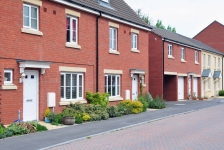 Changing homes is hard work, but it can also be the sign of a new beginning. Bringing all of your old items with you may not be entirely necessary. You can save some money by donating or selling some belongings that you no longer need or use. This will allow you to let a smaller moving vehicle, hire a smaller crew and get the job done more quickly. It will also mean that you will have fewer things to pack and worry about during the transport phase. If you need a full-service removal company or just a man with a van, you know who to call!.

I'd moved using this removal company before. So, this time around, hiring them for my move to BR2 was a no brainer. I knew they wouldn't let me down. This company are consistently brilliant as far as I'm concerned!

We decided to hire professionals for our BR2 house move because we have quite a bit of belongings needing to be relocated to the new place. Amazing Moves has inexpensive rates and an excellent team of movers.

Amazing Moves completed the domestic removals job in BR2 in a timely and efficient manner. I couldn't have asked for anything more from their experts.

The movers arrived on time and got to work right away. The move to BR2 was completed ahead of schedule.

A friend told me to try Amazing Moves for a house moving to BR2 and I am happy that I listened to him. It went great and I have no complaints. Top moving service to go with.

You ought to love these movers. They offered me their services today in BR2.

The location of my BR2 flat made the movers manoeuvre oddly through the hallway. They had no complaints! Well done!