Are You a Man Without a Van? A Mover Without a Plan? Call Croydon Removals - Removal Company 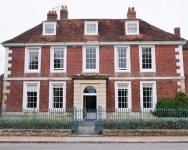 The notion of attempting to move house without the appropriate vehicle or proper planning might seem strange to most, but our company has seen (and coped) with it all. When it comes to home or office removals we can deliver, whether it be the driver, single van or an entire fleet of vehicles and army of crew. There's no need to stress or put it off, our specialist CR2 removal company can provide all the services you need in one place. Our help includes but is not limited to: A professional removal assessment, packaging supplies and packing, loading, unpacking and clean-up. Our support can begin at your old home and end at your new one, simply call our friendly customer service staff on 020 3970 0488 for a free quote.

The CR2 postcode is in the Greater London area and refers to South Croydon, Sanderstead, Selsdon and a part of Addington. Morden, Carshalton, Wallington and Banstead are some of the surrounding postcodes that blur the official South Croydon border. The A23 and A232 help define the western and northern limits of the district while the A2022 roughly denotes the south to east border. By consulting a map South Croydon is shown to be a rural/urban mix with several parks, woods and golf courses nestling between the main roads and railways. Serviced by South Croydon, Purley Oaks, Sanderstead and Riddlesdown train stations, Brighton, Gatwick airport and central London are readily accessible. The nearest tube equivalent is a tram stop at Lloyd Park. The largest open green, Purley Way Playing Fields, boasts football and cricket pitches, toilets, changing rooms, a skate ramp and a children's playground; all these facilities are free to use.

South Croydon's combination of transport and recreation makes it the perfect place for commuters and locals alike. Moreover, South Croydon is far enough away from Croydon town to avoid heavy traffic and yet near enough for a shopping trip or fun night out. And if you're looking for a good restaurant, you don't have to go anywhere at all; the traditional Indian restaurant, Fushia, is one of South Croydon's best kept secrets. Even if Indian food isn't your thing there are some quality restaurant chains like Toby Carvery and Little Bay Restaurant around the corner. 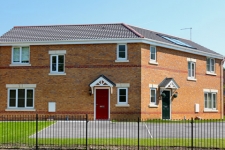 Besides good food there is also an interesting mix of organisations and recreational clubs to try e., South Croydon Conservative Club, Big Slick Players Club, boxing, archery and Old Whitgiftian Rugby Club. The area is also relatively safe for a London borough; crime rate within South Croydon is better than the remainder of London.

The advantages of living near a thriving retail and commercial hub like Croydon town while still retaining access to the countryside are clear. On November 2011, Boris Johnson announced plans to invest £23m into Croydon town in a bid to reach city accreditation. An ambitious proposal that is bound to positively impact immediate surroundings like South Croydon. Don't let the wrong CR2 removal company delay your arrival in South Croydon.  Place your transportation and storage needs in our hands and relax with the knowledge that we have a team capable of dealing with even the most unexpected hiccups. We believe that Removal Company is the company for you. If the feeling is mutual, arrange your parking slot today via the London Borough of Croydon website. Call us now on 020 3970 0488 for a friendly chat about your South Croydon move!.

Their expertise with all things home removals are what saved us. We were almost crawling up the walls with nerves, as this was our families first really big move in CR2. Thank goodness it turned out awesome!

Moving day went super well, thanks to these awesome fellows. They did an excellent job and cost a lot less than other moving companies in CR2.

Moving is always a chore. This group of professional movers hauled everything from CR2 just a few blocks over to my new location. They saved me from the hassle of moving.

I rate this company as excellent. They provided the perfect domestic removals service. They were quick, efficient and careful when loading up my possessions and then unloading them at the back end in CR2.

I needed a moving company in the CR2 area and Amazing Moves was highly recommended by a friend. Their rates are relatively affordable and the moving crew was professional. I would hire them again.

We found this moving service when the company who moved us to CR2 in 2017 was not available. They recommended Amazing Moves! They were just as helpful and reasonably priced. Wonderful moving service!

The home removals team was really selective, I noticed that they loaded my more fragile items up separately so they'd be out of harm's way. That in and of itself really impressed me. The actual relocation to CR2 was quick as well. Great service!