Selling Your Unwanted Items Can Get Your SE15 Move Started Right 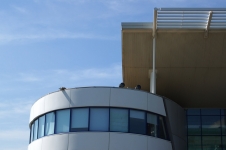 You might be thinking that you want to get your removal over with as soon as possible and don't want to spend a lot of time sorting and sitting around at car boot or table top sales. In fact, a trip to a weekend sale is an important part of any successful removal. Either that, or save some time by donating all your unwanted clothing, furniture and kitchen items to a local charity. But heading to a sale on a Saturday or Sunday prior to your home removal can give you some extra cash that will come in handy when purchasing insurance or moving boxes. Getting rid or a fair amount of stuff before even beginning to pack will also save you money in other ways. Consider how many cardboard boxes and moving supplies you will need to purchase; by reducing the amount of stuff you are bringing with you, you reduce the amount of supplies you will need to pack. You may also be able to save in terms of the number of movers and the size of the removal van.

We have plenty of other great moving tips available right here on this site or from one of our staff in the office. Ring Removal Company on 020 3970 0488 to find out about our great SE15 removal services, such as packing, storage SE15 and more. 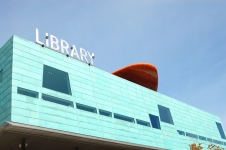 The SE15 postcode district is in the postcode area's northwest corner, bordered by the SE5, SE1, SE16, SE14, SE4, and SE22 districts, clockwise from the west. Its historic name is the Peckham district, although it is now known only by its alphanumeric label used for postal addresses. It covers Peckam and Nunhead in the Lewisham and Southwark local authority areas. Peckham Rye Park is the largest park in this postcode district and is found in the southern end. It is connected to the surrounding postcode districts and the rest of London by three rail stations: Peckham Rye, Nunhead, and Queen's Road (Peckham). While this postcode district does not have a riverfront along the banks of the River Thames, it is quite near to it. It is quite a highly developed district with plenty of schools, shops and places for dining out. It is also not far from the city centre, making it a popular place to live for those who commute for work.

Contact either the Lewisham or the Southwark council according to where your address lies to find out how to reserve a parking space for the moving vehicle. This crucial step will save you time and possibly money (you'll avoid a parking fine) on the day of your move. For other questions, ring us on 020 3970 0488.

Amazing Moves is the one. Good, courteous service here. The labour is good, fair priced and hard working. The only house moving company we use in SE15.

After our relocation to SE15 was such a success, we will use these movers again if needed.

I enjoyed tonnes of benefits when booking their moving services. Hiring them was undoubtedly the best thing I could've done for my move to SE15.

As removal companies go, Amazing Moves was pretty much perfect. They're my ideal company. My move to SE15 was smooth, and I didn't encounter any dramas. That's because I was in the capable hands of their professionals.

The movers from Amazing Moves were amazing, were extremely polite and professional. The company as a whole was very helpful. They understood my needs and took care of them superbly. A massive thank you goes out to everyone involved with my move from Amazing Moves.

These movers worked quickly and efficiently to move our office across SE15. We will use them in the future should our office relocate again.

Amazing Moves moved me from my current address in SE15 to my new flat, and did it without any stress on my part. Their home removals crew arrived on time and were extremely fast, I even had to tell them it was ok to take a break once in a while. Great experience, would not change a thing!