Your Belongings are Safe with Removal Company as Your SE24 Movers 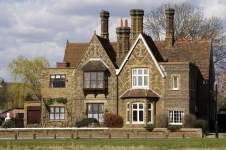 One of the things we frequently hear from customers who have previously used other man and van SE24 services or moving companies is that their belongings do not arrive at the new place exactly as they left them. There might be scratches on the furniture, chips on the plates or worse. Some of these mishaps can be the result of poor packing techniques by the people moving, if they do it themselves. That's why we recommend having professional movers SE24, like our expert team, come and pack your most prized possessions for you. They know how to package everything safely and securely. Of course, many people choose this removal service to save time, but don't forget that it can save you a lot of trouble too. And what do you pack those valuables in?. To you, all cardboard boxes may look exactly the same. But in reality, there are subtle differences that can dictate how safely your belongings will be transported on the moving vehicle. Let our professionals help you choose the boxes that are best for your things, and we'll even deliver them to your door.

That great customer service extends to our office personnel as well. When you call us on 020 3970 0488 you can speak with an actual person and get real answers to your questions. Plus, you can get a free, no-obligation estimate for your removal when you call now. Get one online if you prefer. Whatever you do, get in touch now for the safety of your possessions!.
In southeast London, there is a postcode area that covers most of the London Boroughs of Lewisham, Southwark, and Greenwich as well as some of Lambeth, Bromley and Bexley, though much smaller sections. That postcode area is the South Eastern postcode area, or the London SE postcode area, as it is often written. In it, there are 28 geographic postcode districts and two non-geographic ones (SE1P and SE99). Aside from these two, the postcode districts are labeled alphanumerically from SE1 through SE28. Mail for these postcode districts in southeast London, some of which are along the River Thames, is sorted at the Croydon Mail Centre on Beddington Farm Road in Croydon. In 1857, the SE postcode area was known as the SE district. It was divided into the smaller divisions of postcode districts in 1917. All of them are in the LONDON post town.
The SE24 postcode district has the old name of the Herne Hill district. Today, it is known by its alphanumeric identity for postal address purposes, but still covers Herne Hill and a part of Tulse Hill too. It lies partly in the Southwark local authority area and partly in the Lambeth local authority area. It is located along the postcode area's western boundary, with SE5 to the north and SE21 to the south. To the west are the postcode districts of the London SW postcode area. A large section along the postcode district's western border is taken up by Brockwell Park, while there are several other smaller green spaces within it. The Herne Hill Velodrome can also be found in the SE24 postcode district along with part of St Olave's Recreation Ground. The district is mostly residential. 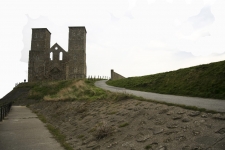 Even if you have a drive in front of your home, it is a good idea to reserve a parking space with either the Lambeth council or the Southwark council, since you may have more than one vehicle. This will speed up the unloading process and relieve you of the worry about parking fines. Go on, call the movers SE14 who will keep your belongings safe - we're worth it!.

People were telling me that home removals would be the most stressful time of my life. I experienced none of that. I moved into my new house in SE24 smiling. That's largely due to the professional help of their brilliant team.

A friend suggested their moving services. They have fair and reasonable prices and a moving crew that is good at what they do.

I hired their house moving specialists in SE24 because I was moving some rather large and valuable items to my new house. I didn't want these items to be in the hands of cowboys. Amazing Moves did magnificently. As soon as they arrived, I knew I'd chosen the right company.

I give their movers a five-star rating. Anything less would be criminal! Without their hard work and expertise, I certainly wouldn't have been able to manage when moving to SE24.

I've used many removal companies over the years but Amazing Moves stand head and shoulders above the rest in terms of their efficiency, professionalism, cost-effectiveness, and their entire operations for that matter.

My sister recently graduated from university and rented a nearby flat. She hired Amazing Moves' movers to handle the move, and the guys did a terrific job. They also happen to have better rates than their local SE24 competition.

Always on time and punctual. Used their man with a van service to cart my junk to storage in SE24. No complaints. Good guys.