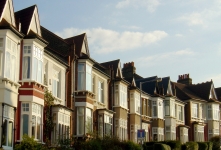 When was the last time you did some packing?. It was probably for a holiday or maybe for a business trip abroad. Maybe you just went away for the weekend. When we travel, we pack; it's that simple. But that type of packing is very different from the type of packing that you will need to do for a home or office removal SE6. When you go away on holiday, you don't wrap all your dishes in paper, carefully stacking them in cardboard boxes, and you don't have to sort through every item that you own if you will only be gone for a few days or weeks. So packing for a removal can not only take a lot more time, but a lot more energy and focus as well. Even if you have moved house relatively recently, there will still be decisions to make regarding which things to take and which things to leave behind, because it is unlikely that you will be moving to a home of the exact same proportions as the one you are in now.

Storage is another important thing to consider when embarking on an SE6 move. If you are remodeling, you may need to put some things into a storage unit to keep them safe. But you should also consider the storage space that you will have in the new place and use it as a guide when you do a clearing out. If you will have less room in the crawlspace or fewer wardrobes, it is important to remember this before packing every thing up. For more helpful moving hints and a great moving company SE6, call 020 3970 0488 today.

The South Eastern London postcode district comprises 30 postcode districts in the Boroughs of Lewisham, Southwark and Greenwich. It is quite a large postcode area, though all the districts are within the LONDON post town. Some of the London Boroughs of Bromley, Bexley and Lambeth are also covered by this postcode area, which is most often written as the London SE postcode area. In 1857 it was called the SE district, but the area that it covers today reflects the fact that the S district was abolished in 1868. The SW district and the SE district both grew because of this. The alphanumerically labeled districts arrived in 1917 and their historic names are now just that, historic, and are no longer part of postal addresses. 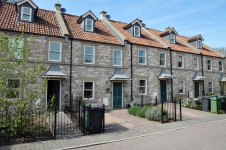 The SE6 postcode district is along the southern boundary of this postcode area and is surrounded by the SE26, SE23, SE4, SE13 and SE12 districts. Its historic name is the Catford district, as it covers Catford, Bellingham, and part of Hither Green. It is in the Lewisham local authority area. Thus, for your moving day, be sure to reserve a parking space with the Lewisham council so that the moving van will have a place to pull up right in front of your new home or office. This is an important detail that will keep you from experiencing delays on your move-in date. There are four parks in the SE6 postcode district, which is divided in half by the Bromley Rd (which runs north-south). The parks are all along the districts outskirts: Forster Memorial Park in the south, Mountsfield Park and Ladywell Fields along the northern boundary and Bellingham Play Park in the western quadrant. For entertainment, you should check out the Ladywell Arena and Broadway Theatre.

While packing and storage are two words that can strike fear and anxiety in the hearts of many, having hired us as your SE6 removal firm, you now have nothing to worry about.

Finding a firm to tackle my office relocation to SE6 was proving to be a real headache. Then I was pointed in the direction of this company. I liked the quote, liked our initial interactions, so hired them. It proved to be a top decision. They couldn't have provided a better service, one perfectly suited to my business's needs.

I hired these movers to move a few pieces of furniture up to my attic. They were great. A lovely bunch of guys. And, their rates are quite fair. I would use their services again should the need ever arise.

As removal services go, Amazing Moves provided everything I needed in SE6. It resulted in a smooth and stress-free move. I have no complaints about any aspect of the service, just high praise for this company.

The home removals service was quick and easy to book with. They helped me move to SE6. Should the need ever arise, I'll certainly use their services again.

Very happy to say that I am too pleased with the removals company in SE6. I didn't have to do a thing, they took care of everything for me.

While attempting to find a reliable man with a van service in SE6, Amazing Moves was recommended by several different people. They have relatively low rates, and their moving crew is exceptional. I would most certainly recommend their services.

Best man with a van service in SE6. Seriously, I've used them a couple of times to get my music equipment moved to a new studio and they are just great.