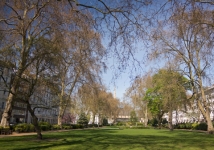 Sure, many removal companies claim to save you time and money. But do they actually come through?. Get a free quote from us today, either online or over the phone, to compare what you will pay for our services with those of the competition. So how can we save you time on your SW1V removal?. Think about packing all of your belongings, wrapping each dish and glass, carefully placing everything you own into a box, folding and packing all the linens, clothes, books, shoes, children's toys and more. It can really add up to a lot of time spent kneeling over a cardboard box. But when you have SW1V movers helping you, you can focus on the most important things and leave the rest to us. We will pack up your kitchen in no time, have all your books and media stowed away before you know it, and we can even properly wrap your furniture so that nothing gets scratched or dirty during transport.

As for money, our rates are very competitive and we only charge you for the services you receive; no hidden fees or taxes. You will always know what is going on, since we can work on a moving plan with you. Find out what the Removal Company difference is today, in terms of both hours on the clock and money in the bank. A phone call to 020 3970 0488 is one that is worth making right now.

The South Western and Battersea postcode area, or the London SW postcode area, as it is also known covers a large part of southwest London, extending from the City of Westminster to cover all of the London Borough of Wandsworth and parts of other boroughs as well. They include the Royal Borough of Kensington and Chelsea, and the London Boroughs of Croydon, Merton, Lambeth and Richmond upon Thames. If you will be a resident of SW1V, then you will be in the City of Westminster. The South Western district includes the districts numbered SW1 through SW10, while the Battersea district is where you will find the SW11 through the SW20 postcode districts. The SW1 district is further divided into eight sub-districts to accommodate the high-density population of this part of central London. All the districts are in the LONDON post town. 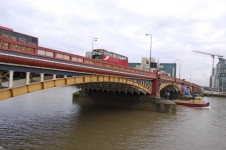 The SW1V postcode district covers the small triangle of land between Chelsea Bridge, Vauxhall Bridge, and Victoria Station as well as what is known as Pimlico Proper. Its southern boundary follows the River Thames, or more practically, Grosvenor Rd as it bends with the river between the Chelsea Embankment and Vauxhall. The northeastern boundary roughly corresponds to Vauxhall Bridge Rd, which is also labeled as the A202 on city maps. Three small city squares - St George's, Warwick, and Eccleston - make up the green space available to residents and workers in this part of London. The London Victoria Station and the Victoria Tube station are in the district's northern corner, while the Pimlico Tube station is in the southeast. The Apollo Victoria Theatre is here and the famous Westminster Cathedral is nearby.

This busy part of the city is a tough place to find parking, even on a Saturday or Sunday, which is when most people choose to schedule their removals. That's why it's important to view the website for the City of Westminster so you can arrange parking for the moving vehicle. That's just one more of the many ways we can save you time and money; to find out more about our services and get a free quote, call now on 020 3970 0488.

Their customer care team really made us feel as if we were part of their extended family. When it came to the actual move to SW1V, they took it to heart and put their best foot forward, meaning every effort went into our comfort and peace of mind.

No way would we use another home removals firm in SW1V after this, they were just that good.

I had a big house that was located in SW1V, and it contained a lot of my possessions. It would have taken me 2 weeks to clear my home out and another month to set it up in my new place. That is way too much time to spend on moving and getting settled. I called Amazing Moves, and they proved to be an outstanding home moving company. They do good work.

I run out superlatives when praising their movers! It was amazing service from a top team. I'm so glad I used Amazing Moves for my move.

My new landlord recommended Amazing Moves when I decided to move to SW1V. She couldn't have been more accurate with her suggestion. Fantastic man with a van.

As far as man with a van services go, this is the one to use. Just a few items, sofa a coffee table, bed...you know, the norm. Everything ended up in SW1V one piece, excellent condition. Could not ask for more!