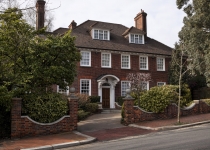 We all know that most home or office removals require a fair amount of hard work. But there's no need to add anxiety to the mix by hiring a moving company SW20 that can't handle the job. While it is impossible for us to alleviate every single worry - until the move is complete, that is - it is possible for us to do the hard work in your place. That includes getting your packaging materials to you, packing the moving boxes, dismantling and wrapping the furniture, and getting everything safely and securely through your new doorway. Whether you are coming from near or far, have a lot of belongings or just a few, or just need a storage removal while you are away for a while, Removal Company has the answer to any of your removal questions.
And we know that you probably do have questions, starting with how much your removal SW20 will cost. Use our online calculator or call now on 020 3970 0488 to speak to someone about the specifics of your removal. All the answers are at your fingertips and there are no hidden costs or fees when you hire us as your moving professionals. So whether you have heard of us before or not, you will be pleasantly surprised by the efficiency of our movers and the friendliness of our reps - go on, give us a try today.

SW20 is the highest numbered postcode district within the SW postcode area (other than SW99) and once had the name West Wimbledon district. It is found within the London Borough of Merton, which is its local authority area and covers Wimbledon Chase, Merton Park, Raynes Park and Lower Morden. The SW20 postcode district is part of the postcode area's outer southwestern section, lying fully to the River Thames' south. The district's western border follows Beverley Way and at its northern end is bounded by the Royal Wimbledon Golf Course. Cannon Hill Common is another large green space within the district, which includes Bushey Mead and the Prince George's Playing Field lying adjacent. 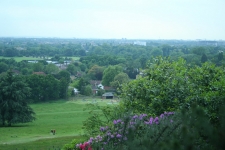 Did you know that everything can go perfectly on the day of your removal but if you don't have a parking space saved in front of your new address, things can be significantly delayed?. Many people forget to reserve a parking space with the council prior to their moving day only to find that this causes delays and worry. Once you've hired us and hired a parking space, you have absolutely nothing left to worry about, except what colour to paint your new sitting room.

I was moving some large items of furniture to SW20. The items had to be carried down some stairs and along a pretty narrow corridor. The man and van team this company put on my job didn't grumble once. They worked happily and tirelessly until the job had been completed.

Best movers in SW20. We were surprised at the quick pace the Amazing Moves crew worked and the great care they took with our belongings.

The domestic removals process I recently went through in SW20 couldn't have been any smoother. Amazing Moves managed everything superbly well. I'm so glad they were my company of choice.

The office removals team did an amazing job. Moving my business to SW20 was complicated as it is. They gave me one less thing to worry about.

As home removals go, the service provided by Amazing Moves was pretty much faultless. It was a perfect service, just what I needed during such a stressful time.

I called multiple moving services in SW20 before hiring this company. Their prices are reasonable, and the moving crew sent out was really terrific. I would gladly hire them again.

Eager and willing to please, the team from Amazing Moves are among the hardest working experts I've ever come across! Made my transit to SW20 an awesome experience! Recommend their man with a van service!