Looking for Twickenham Removals? Call us now on 020 3970 0488 to book the best Removal Service in Twickenham with Amazing Moves.

Moving in Twickenham? No Need to Worry When You Hire Removal Company 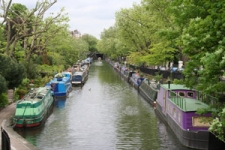 Perhaps you have chosen to leave the city centre for a more peaceful area, or maybe you are simply fond of quality of life that Twickenham offers its residents. Regardless of your reasons for choosing this southwest London town, you won't be disappointed with your new home or your Twickenham movers, as long as you hire Removal Company. Just because housing prices are premium here, doesn't mean that you need to pay an arm and a leg for removal services Twickenham. Find out how little you can move for online or over the phone on 020 3970 0488. Our customer service reps are standing by to answer all your moving questions.

Richmond Upon Thames is a lovely borough and Twickenham is its administrative hub. While it is 10 miles removed from London's centre, it can still feel like the centre of activity with all that goes on in Twickenham. Specifically, the London Borough of Richmond Upon Thames is housed in York House. There are plenty of other famous structures, though, that one would be remiss to pass by. Twickenham Stadium is perhaps the largest and best-known today. The famous English poet Alexander Pope once lived in Twickenham, which is now home to a largely affluent London population.

It is also home to many restaurants, cafés and pubs as well as galleries and boutiques that will keep any new resident or visitor busy. Since the River Thames forms the southeastern border, it can be expected that there are plenty of waterfront venues and activities to enjoy. Marble Hill House is a great place to visit for a little bit of Twickenham history. You can be a visitor along with famous members of history like Alexander Pope and Jonathan Swift. It is found in Marble Hill Park, of course, which is over 60 acres of open park land. Strawberry Hill is another impressive historic site worth a visit, for its Gothic Revival architecture or even just to gaze at the clock tower. Many large residences and mansions followed the style of the original Strawberry Hill villa and a driving tour of the area is sure to satisfy your curiosity. 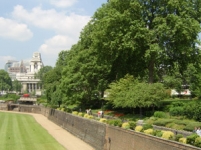 That stadium we mentioned is one of the largest in all of England. In fact, it is the largest rugby stadium in the world. So it is fitting that it is home to the Rugby Football Union. If more traditional museums are more your style, visit the Twickenham Museum, which outlines the history of Twickenham and a number of surrounding villages. Make sure you check the opening times, however, since the museum is not always operating. Then head over to the Twickenham Town Centre for some shopping, dining and other amusements. And don't miss the farmers market on Saturdays, one of the most popular warm-weather gathering places in the town.

If you are making yourself at home in Twickenham - or hope to soon - you may need the help of a Twickenham Man and Van or a larger moving company. The good news is that Removal Company is the complete package when it comes to removals anywhere in Twickenham or its surrounding borough. There's no need to stress about your removal, as long as you've hired the experts at Removal Company. One word of advice, however; be sure to reserve your parking spot ahead of time so there won't be any last-minute hassles in terms of loading or unloading the moving van. We want your removal in Twickenham to be the best one you've ever had, so call us on 020 3970 0488 for a free quote and to book your move.

I anticipated tearing my hair out when house moving to Twickenham. It was stressful. But hiring this company resulted in a great deal of weight, stress and strain, being lifted from my shoulders. They were just terrific, helped me in every way they could.

I honestly didn't expect to get such great services from a moving company. The movers at Amazing Moves were wonderful. They did a great job and had us completely moved to the new Twickenham house in less time than we had expected.

I got a man with a van in Twickenham from Amazing Moves for a great price. It was a cheap and cheerful service, that was exactly what I was after.

I set this removal company a hard task. They had to carry everything down the stairs from my upper floor flat. They were careful when carrying everything and didn't grumble once. Everything remained intact during the transportation stage to Twickenham.

A man with a van came out to Twickenham and introduced himself as my mover. Fantastic service considering current circumstances.

When I decided to finally move my family to a bigger house in Twickenham, I contacted several removal firms so that they could help us with the move. Out of the six, Amazing Moves name stood out of all. They gave us the best rates and their communication channels were excellent. I even recommended them to my friends later. Good work keep up!

The movers from Amazing Moves had to load and unload my home during a terrible storm in Twickenham. They didn't grouse and took extra measures to protect my belongings.