Would You Like Someone Else To Do Your Move For You? Then Call Removal Company 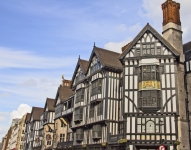 When most people think about moving from one home to another or relocating their office from one area to another, the first thing that comes to mind is all the work that is involved. If you are picturing many evenings and weekends with your sleeves rolled up doing all the work on your own, think again. At Removal Company we pride ourselves on being the W1J moving company willing to do it all for our customers. Don't like packing?. We'll do it. Don't want to shop for boxes?. We'll deliver them right to your door. Don't want to have to scour London for a storage unit?. Let us help. We could even help you with your unpacking job once you are in the new place.

A quick phone call to 020 3970 0488 will allow you to learn more about all of the removal services we offer, including a W1J man and van service that is very popular. While any removal is a partnership between the customer and the moving company, we see the partnership as one in which we do all the work and you simply sit back and reap the benefits. All you need to do is clear out what you don't want - we can even haul it away for you, if you like with our man and van service. To get started, ring 020 3970 0488 or send an enquiry through this site. 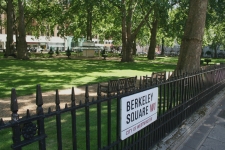 The W1J postcode district is in the City of Westminster and covers south Mayfair as well as Piccadilly and the Royal Academy. It abuts Green Park which is the northern part of St James's Park and the gardens around Buckingham Palace. The southeastern corner of Hyde Park is also found in the W1J postcode district. This is a part of London that many tourists include on their itineraries, as there is so much to see and do here. Places like the Wellington Arch, Piccadilly Circus and Fortnum & Mason are popular places to visit no matter what time of year. And if you live in this part of London, you will certainly find yourself in the centre of it all. Imagine being able to walk out your door and head into Hyde Park for a stroll or take in the sights and sounds of Mayfair. When you live in W1J, you'll be able to.

Just remember that in this busy and crowded part of London, parking can be a challenge, especially for a larger vehicle. When it comes time for your move-in day, call ahead to the council, in this case the City of Westminster, to see about reserving a space. The rest of the work, including the hard stuff like packing, lifting, and loading, you can leave up to our crew.

The man with van service was perfect for my needs in W1J. I got what I paid for. I'd recommend this company to anyone.

Dependable home removals team in W1J. They had no problem with the hot weather or the bad traffic. Amazing Moves is recommended.

I was undergoing a small move, so required a man and van service in W1J. The team I got, the service I was provided with, was just what I needed. I couldn't have asked for anything more.

This moving company was just brilliant. I called Amazing Moves to come around to W1J at short notice. They were able to come when needed, and they did a tremendous job. They loaded everything up quickly and carefully, and we were on the road before I knew it.

The man with van worked quickly and diligently and took a great deal of care when handling my possessions. It's all I could ask from Amazing Moves on moving day and they delivered a top service.

I just used Amazing Moves to move to W1J. At this moment, I cannot imagine EVER moving again, but if I must, I wouldn't hesitate to hire them again.

Very happy and satisfied with the service offered by their house removals team. Their rates were well within my budget, and all of my belongs ended up where they were supposed to go, all without any bangs, bruises or damage. Kudos for a very successful relocation to W1J!