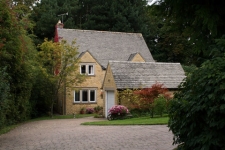 People generally enjoy moving house in that it is a bit of an adventure and it’s another step gained in experience. It can be relatively entertaining viewing different houses and trying to imagine yourself living in each one of them. The point comes, however, when you have chosen your new home and all that is left to do is actually move in. This, without doubt, throws up the trickiest practical issues of the entire operation. Not only do you have to box everything up and make sure everything is labelled correctly, you then have to get all of the possessions you wish to keep to the new home. Luckily, Removal Company ensure that you don’t have to do this alone and will guarantee affordable and  efficient removal assistance to anyone who needs it. We have a deep well of experience in the removal business and therefore know how imperative it is to have a day that isn’t constantly interrupted by irritating problems such as wedged-in sofas or beds. By getting in touch with us you are making your life a a whole lot easier on yourself because we can guarantee satisfaction.

The post code of WD23 is made up of a small town called Bushey, which is situated in Hertfordshire, eastern England. With a population of twenty-four thousand people it has a large neighbourhood attached to it called Bushey Heath which also resides within the same post code. Like many places in southern England, the first mention of the town was in the Domesday Book as a small agricultural village. The town however, was the site of some lucky archaeological findings lending evidence to the claim that stone age settlers were present on the site. The town also had a role to play in Roman Britain as the main road that runs through the town is Roman in origin.

However, during the Napoleonic Wars, Bushey Heath was used to try and produce more crops during a food shortage. But the beauty of the landscape meant it was ripe for developing residences on the land itself.

Between the 19th and 20th centuries, the population of Bushey rose 28-fold, mainly due to the increased industry a railway brought to the area. This expansion was, and is, somewhat tempered by the legislation guarding the Metropolitan Green Belt around the town.  Due to such exclusivity, the town retains its sense of being separate from nearby urban hubs such as Watford and, of course, London. Events such as the Bushey Festival and quarter marathon contribute to the feeling that Bushey is somewhat distinct from its noisier, rowdier neighbours. The town also features in the backdrops to numerous movies because of its proximity to a number of prominent film studios, especially the original Avengers T.V show. 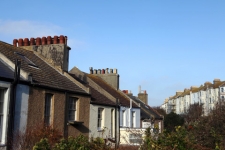 So if you live in the WD23 post code area just pick up your phone and call 020 3970 0488 and organise a date and time you want us at your front door ready to help. You can make sure that your move is one of relative relaxation by making the call and letting us take some of the pressure of yourself. Don’r think about doing it all yourself, because there is high chance of physical injury through heavy lifting or- at the very least- your hair falling out due to the stresses of the situation. Call us and you won’t regret it. If you live in Watford, just click here to reserve a parking space for our van.

I've never seen such hard-working removal experts in WD23. I was impressed with the removal services that they provided to me for a price that was also very reasonable.

Good removal service in WD23 is kind of hard to find but putting my trust in Amazing Moves was worth it! Everything was taken without any damage to my walls or floors. Saving their number for future removals.

This company offers some of the lowest rates for office removals in the WD23 area. They have an excellent team of well-trained professionals, and have done several jobs for me and never fail to impress.

The movers helped my mum relocate in WD23 recently, and she was delighted by their hard work, professional attitude. She said they got the job done in lightning speed, so I thought I'd share her feedback.

This WD23 service is very friendly and professional. When you need movers, I would say go with these guys

This is one of the least expensive moving services in the WD23 area and somehow, their movers are the most professional. They did a great job with our move, I have already recommended them to a friend that is moving back to the area.

Thanks so much Amazing Moves. You have been a huge help again. Outstanding removal service in WD23 and great price.