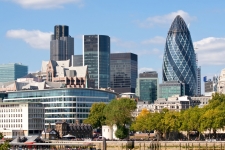 That’s because it is. Simply put, we treat out customers with respect, which cannot be said of every EC3 moving company out there. Our customers value not only the services that we offer at great prices, but also our attention to detail and our commitment to perfection. We don’t reserve those qualities just for the larger removals, either. We ensure that each and every removal is the most important removal we do, because to our customers their belongings and their peace of mind are at the top of the list. So we put them at the top of ours. Many removal service companies in London offer the same services we do, but do they offer the same great prices?. Call us on 020 3970 0488 today to find out just how affordable your move could be or schedule a removal assessment to begin. You’ll find that Removal Company is looking out for your interests the whole way through, because your interests are our interests when your furniture and personal belongings have been entrusted to our care.

The London EC postcode area, also more simply called the EC postcode area is made up of four postcode districts in London. Well, they are in central London, to be more precise, and they have been in existence since 1917 when they were originally drawn up. Since then, this part of the capital city has become much more densely populated, and in order for people to be able to receive their mail promptly, there has been a need for further partitions into smaller sub-districts. But the four original districts – EC1, EC2, EC3, and EC4 – while not very useful for mail sorting anymore, are not obsolete by any means. They are useful as geographic references on many maps and also appear on street signs, guiding residents and visitors of this great city.

EC3A, EC3M, C3N, EC3P, EC3R, and EC3V are the six postcode districts of EC3. EC3M covers Lloyd’s of London, Leadenhall, and Fenchurch Street; EC3N covers Tower Hill and the Tower of London and is the only district within a local authority area other than the City of London; EC3P is a non-geographic postcode area (as is EC1P and EC2P); EC3R covers Billingsgate and Monument; and EC3V covers the Royal Exchange and Lombard Street. 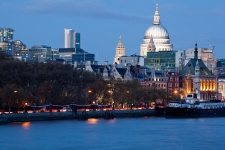 To the east, EC3 is bordered by the Tower of London and Minories. On the south, one will find the River Thames, while to the north is Houndsditch and to the west are Threadneedle Street and the London Bridge. There are a number of districts, such as Aldgate, Pudding Lane, Lombard Street, Leadenhall Street, Gracechurch Street, Fenchurch Street, Tower Hill and Mincing Lane. It more or less comprises the City of London’s southeastern corner.

A parking space for the moving van on move out day is a must; contact the City of London or Tower Hamlets for more info. If you are ready to make your move, then consider Removal Company your EC3 movers and call us today to get a free quote or schedule an assessment. Our lines are always open, just as our moving advisers are always ready to help you with your removal!.

Domestic removals to EC3 was cheap and uneventful. That's exactly what I wanted. I was able to get this company on board for a great price. There were no dramas, unfortunate incidences, on the day. All of my items remained intact.

I am not a fan of house moving. So I recently found myself in need of EC3 professional moving services. Amazing Moves was offering the most reasonable rates and the movers were quite professional. I would recommend their services.

I put my faith in their movers to make the large and what was quickly becoming the rather strenuous move to EC3, happen, go by smoothly. They didn't let me down. It was a top service on the day, was exactly what I needed.

The movers were very hardworking and professional. They went above and beyond to ensure I enjoyed a smooth a move as possible to EC3.

Very happy with the EC3 moving service that I got from Amazing Moves because they took care of everything from start to finish. The top job is done for me.

What a way to kick off house moving for the first time with this company. They helped me move to EC3 with ease. It was an experience of a lifetime.

My recent move from EC3 was stress-free thanks to the skill of my movers from Amazing Moves.