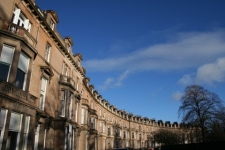 Often, when you hire a moving company E2, you can't be sure whether you will get great service or just the bare minimum. You don't want E2 movers that will throw your furniture around, disregard scratches on your walls and muck up your carpets while being discourteous to you and your family. But how will you know that the moving company E2 you are hiring won't do all of these things, all while charging too much for their services. At Removal Company we make sure that our customers are always aware of the services they are getting and have agreed on the final price ahead of time. The only surprises that our customers experience are how promptly our movers show up and how quickly we finish each job - home, office, or storage removal.

While the old saying that there are no guarantees in life holds true most of the time, you can at least be sure that your moving company will come through for you when needed, if you hire us, of course. Call us on 020 3970 0488 and you'll get a free quote right away, or you can use our quote calculator on this site. The quote includes the cost of insurance, so you will get a real picture of what you will be paying, not a false representation. Find out more today!.

The E2 postcode district is quite a small one, lying north of the Eastern head district, or E1. It was formerly known as the Bethnal Green district before the postcodes became part of postal addresses. It covers Bethnal Green, part of Shoreditch, Haggerston and Cambridge Heath. Its two local authority areas are Hackney and Tower Hamlets. All of the E postcode districts are in the LONDON post town. There are a number of small green spaces within the postcode district, but the largest nearby park is Victoria Park, just to the east. Also in or near the eastern part of this postcode district are the areas known as Mile End, Globe Town and Old Ford. Weavers Fields is along the district's southern boundary, which corresponds to the rail line. The western boundary more or less follows Kingsland Rd, also known as the A10. New residents should take a trip to the famous Geffrye Museum and the Columbia Road Market, both within the E2 postcode district.

For information on parking, which you will need to know for moving day, visit the Tower Hamlets or Hackney council website. Find out how to reserve a spot in front of your home for the moving van. For more great tips, browse our website or call us on 020 3970 0488 whenever you like. You'll be introduced to our great service right off the bat.

Not enough can be said about their in-house customer service staff. They think of it all. If it's your first big move, they are patient and take you through it step by step. I'm so glad I chose this moving company in E2 over all the others.

Amazing Moves is a professional removals firm located in E2, and left us with a good impression of their company.

There are different types of moving companies, but I want to talk about the simple outfits that use a man and a van. Amazing Moves is a company that movers should know about. They are located in E2. This moving business is perfect for people with small apartments or houses. They can move all of your belongings at a reasonable price.

Having Amazing Moves help out with my home removals job was just what I needed. They made the move to E2 feel like a breeze. I don't know why people make moving to be such a big deal!

The home removals job carried out by Amazing Moves was smooth and hassle-free, exactly the way I wanted things to pan out. I can't thank the team enough for all of their hard work.

Amazing Moves was wonderful. I would recommend them in a heartbeat for anyone moving in E2!

When my items arrived to E2, I did a quick inspection and found that everything was "A Okay". From what I experienced, Amazing Moves is a moving company is top-notch when it comes to home removals.