Looking for Stevenage Removals? Call us now on 020 3970 0488 to book the best Removal Service in Stevenage with Amazing Moves.

Every Successful Moves Starts with One of Our Stevenage Relocation Packages 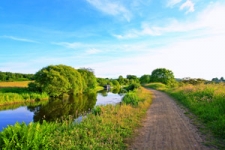 Do you want to know the secret to a successful relocation that won’t cause you any trouble, worries or stress?. Call 020 3970 0488 and choose Removal Company to move you and we guarantee that you won’t have any problems. We are the experts in domestic, commercial and office removals and our team of professional Stevenage movers will work around you and your time plan so that your move is specially designed to how you want it to be. Our company has been successfully moving customer’s to their new homes, work places and office for generations now and therefore we promise you that your relocation with us will be no different.

Stevenage is an area of the region of the East of England. It is both a town and borough in Hertfordshire, England and is situated between the only two garden cities in England – Welwyn Garden City and Letchworth Garden City. This Hertfordshire borough is located around 50km to the north of England’s capital city of London, which makes it convenient for residents to travel in to London with ease. The population of Stevenage is 84, 200 inhabitants which makes in the 277th most populated district out of the 326 English districts. The population of the borough has increased dramatically over the past two hundred years, as the population of Stevenage in 1801 was just a mere 1, 430.

Just one hundred years later in 1901, the rise in population was visibly noticeable and actually quadrupled leading to the town of Stevenage having 4, 049 inhabitants. In 2001, the population had grown again to 79, 724 and then in 2007 the population was said to be 84, 651, which is estimated to be the same as today. There was a very obvious increase in the Borough of Stevenage’s population during the 1950’s and 60’s because of the designated new town which had been planned by the New Towns Act of 1946. A New Town is often referred to as a planned city or planned community, which means that a city or town which is undeveloped will receive constructional and development work to create more entertainment, facilities, industries, work and to generally improve the infrastructure of the area. 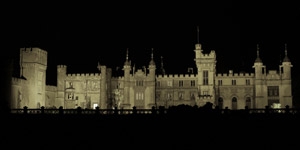 As a result of the New Town Plan which came about in the 1950’s, the population really began to grown during this decade and also in to the 1960’s. It was the rise and growth in work opportunities and industry that brought people to the area. However, the improvements and growth to Stevenage happened very gradually and slowly, mainly starting after the end of the Second World War. Today, Stevenage has a very nice town centre, which is the focus point of the town and borough.

There is no better time to call 020 3970 0488 and have us move your office items or your personal belongings. As soon as you make that all important phone call, Removal Company will arrange a possible date and time with you, that is of course convenient and ok for you. We will give you the choice of when you move and on what date because it is important that it fits in to your life. We relocate clients on a regular basis and already this year we have moved thousands of customer’s just like you and the reason for our success and excellent reputation is due to the fact that we work around our clients to ensure they have the best removal that they can.

Most removal companies would charge an arm and a leg for the type of professional moving service this company provided me in Stevenage. Amazingly, I got the professional service I required, and for what was a steal of a price.

I am a very busy person, so it was important to have a moving company be punctual. Amazing Moves moved all of my boxes in an orderly fashion, and did not damage any of my appliances in the new house. A good choice if you're in Stevenage.

Amazing Moves is a world-class removals firm in Stevenage. They did a great job, fast, clean and efficient.

I am so pleased with how my home removals went, and it's all thanks to the team at Amazing Moves. Really great service and such a good price, especially for Stevenage.

We have tried the movers from Amazing Moves a few times in Stevenage and they are always professional and friendly. On-time too.

There are no hang-ups when it comes to hiring Amazing Moves in Stevenage for their man with a van team. They even provided the boxes.

While getting ready to move I reached out to a number of home removals. I chose Amazing Moves to help me move to Stevenage because they were prompt to respond to all questions and helped me every step of the way!