Looking for Highbury Removals? Call us now on 020 3970 0488 to book the best Removal Service in Highbury with Amazing Moves.

High-Tailing It to Highbury? Make Sure You Hire Removal Company for the Move 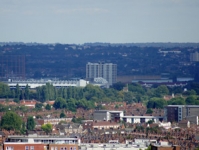 Don't let a home removal take over your life. If you are planning a move to Highbury, but are feeling the stress of too many tasks and not enough time, it's high time you called Removal Company on 020 3970 0488 to resolve the situation once and for all. By calling in the Highbury movers for your transition, you are ensuring that your hands will be free to complete all your other important business. There's no need to put your life on hold just to get the packing done. Our professional movers can do an assessment, pack up your things and even get them into Highbury storage before you will even notice the time. A free quote is waiting for you, so call now.

North of Charing Cross, in Islington, is the district of Highbury, which is home to more than 20,000 people. It is a multi-ethnic area with a long and rich history. It was once part of the Tolentone Manor, dating back to the Domesday Book. The manor itself, later given the name Highbury once belonged to the Knights of St John of Jerusalem, but was taken over by Henry VIII during the 16th century. The original Highbury House is no longer standing today, but there are drawings of what it once looked like, from 1800 to be exact. The Highbury Barn, however, was around much longer than the original manor house, even becoming something of a public house and a dance venue during the 18th and 19th centuries.

Most of the growth and construction took place toward the end of the 19th century and up until World War I. Much of it had to be rebuilt due to significant bombing damage during the Blitz. After WWII, municipal housing was built and property boomed during the 80s, causing some gentrification. Another interesting architectural oddity of Highbury is the old stadium, once home to the Arsenal Football Club, which was turned into luxury apartments. Where players used to run and kick there is now a garden, an underground pool and a fitness centre - quite a unique repurposing of a stadium. 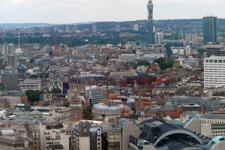 For music fans, it's nice to know that Highbury New Park is where famous music was recorded for four decades at Wessex Studios. The Rolling Stones, the Clash, Queen and the Sex Pistols all recorded albums here, making history in Rock n' Roll. For a place that is nearly 4.5 miles from the centre of London at Charing Cross, there is a lot going on in Highbury.

Removal Company knows that Highbury removals can be difficult, especially when you have so many demands on your time that you can't just put on hold. Some people take time off work just to prepare for a move; others end up staying awake until the wee hours to try to get everything done. Neither of those options is mandatory, however, and when you hire Removal Company, you will immediately see the difference. Plan your move around your schedule, not the other way around. And streamline all your removal services, from purchasing packing materials to storage to transport with one moving company. You'll never go back to the old way of doing it on your own, shopping around and wasting time. We always recommend, however, that as soon as you book your removal, you reserve a parking space in front of your new place for the day of your move. You can do so for Highbury removals on the Borough of Islington website. It's time to get moving, so call us on 020 3970 0488 today!.

I wanted a cost-effective service for my office relocation job to Highbury. Amazing Moves gave me a terrific quote. I immediately accepted, and they ended up doing a top job on the day.

I would gladly give these guys a hundred stars. Their movers did an incredible job with my Highbury move. I highly recommend this moving service.

I am so happy I found Amazing Moves. Reasonable rates and an excellent team of professional movers. I'd very much recommend their services to anyone in need in the Highbury area.

House removals to Highbury was super-easy. I'd go as far as to say that it was a joy. And it's all thanks to the experts from Amazing Moves. They handled the arduous job of transporting my possessions to my new place brilliantly.

I sold a large 5 bedroom home in Highbury and moved, the movers from Amazing Moves handled all of my belongings with caution when moving out and made sure to not damage the home in the process.

The movers from Amazing Moves are good people. They kept assuring me that the move would be successful since they had done the work for a long time. True to their word, the move to Highbury was an absolute success. I recommend.

I used Amazing Moves for a small move I made in Highbury. This time, I had a much more complex move. Instead of trying a different house removal, I scheduled with Amazing Moves again. Still a great team!