Doing the Hard Work for You When Moving Home in GU21 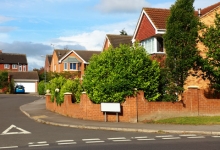 In life, it's practically guaranteed that you will move from one home to another and there's a good chance the place you work could be uprooted and repositioned somewhere else. This experience the stress, long planning and back breaking labour that is associated with the job. There are many things you have to organise and book before you can start, not to mention all the items and materials you will need. Then when you start packing, you will be overwhelmed by all the things that need to be placed in a box and you will soon want to just throw things in the container at random but this puts the things inside and the person carrying it at risk. Lifting and shifting furniture is much more demanding and can put you at a greater risk, and you have to move them from one building and then into another. This can all seem very off-putting but it shouldn't deter you, because Removal Company can take care of all of this for you with one phone call to 020 3970 0488.

If you are relocating to GU21, you should know that it is one of thirty-nine postcode sectors that establish the Guildford postcode region, which is situated in the area created by the north-west of Hampshire, the west of Surrey and part of West Sussex. GU21 contains Woking, Knaphill, St. John's, Horsell and Goldsworthy Park, all of which are found in the Borough of Woking. It is bounded by GU22, GU24, and Kingston upon Thames areas KT14, KT15 and KT16, meaning that Pryford, Mayford, Bisley, Knaphill, West End, Byfleet, Addlestone, Epsom, Ewell and more are nearby. A houses here can cost anywhere from £173,000 to £841,000 and flats start at approximately £160,000 and go up to £317,000.

Woking is a large town with a predominately commuter population who are served by many railway stations and frequent train journeys. It is multicultural place with people from all over the world living here, and with corresponding places of worship for different religions. Public art is common here and many community facilities, with things for art, eating, sport, leisure and more are abundant. Several local buildings act as landmarks and many sports teams are based here. Many notable people are from the area.

Knaphill is an urban village, St John's is a known for its Victoriana and Edwardian buildings, Horsell is the HQ of McLaren F1 and Goldsworth Park features several estates. 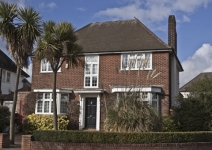 How can we do so much to ensure that your move is successful?. We accomplish this by hiring the best staff available. We are always on the lookout for skilled individuals who have many years experience in the trade so they can handle any task proficiently and properly. They know how to pack boxes so that each item and the person carrying it is safe, and they will bring the necessary material to create the best result. We have no problem removing your furniture and will get it into your new abode without a scratch. We can offer vehicles, storage space, and more that will make the process successful. We also can promise that our operators know everything you kneed to know, so feel free to ask for advice and guidance. If you want to know how much our excellent services will cost, enquire about a no commitment quote that won't cost you anything. Just make sure that the correct parking space has been booked with Woking Council.

Removal Company is ready to show you how easy a move can be and all it takes is one phone call.

My daughter's college is near GU21, so she hired Amazing Moves to move her belongings back home. She was very happy with the man and van service because they charged her a reasonable removal cost.

Too many moving companies these days charge outrageous rates. This company has very reasonable rates, and their movers are fab. They get the job done quickly and cost quite a bit less than other GU21 moving services.

These movers were absolutely fantastic. They showed up early this morning and did they move fast. They had us moved into our new GU21 flat in half the time quoted!

Excellent service from the removal team at Amazing Moves. They had loads of great advice and ideas to make my move even easier, and the price was brilliant. Very pleased, and will use again if I move around GU21.

Amazing Moves in GU21 has one of the top moving crews in the area. They were friendly and helpful, plus they charged less than other moving companies we called.

Despite what my husband insisted, I knew we needed to hire a professional moving service for our big move to the new GU21 house. This company had fair rates, and the movers were fabulous.

I was away on business when we needed to move house from GU21. My wife ended up having to do it all herself but she was given the details of Amazing Moves and they made it so easy for her. Thank you, very much appreciated.