Turn Your Removal Frown Upside Down With Removal Company! 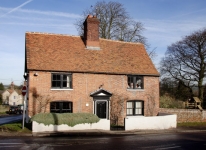 Moving home is like witnessing the slow but sure approach of a big dark storm. Every now and then it has to happen and there’s absolutely nothing you can do to stop it. All that remains is to dig in and wait for it to pass. That’s where we come in. We have the experience and equipment to weather the home or office tempest; from the single van hire to the whole lorry, crew, storage, packing and unpacking package – Rest assured that we will shine a ray of light on your KT13 removal and, by offering everything in one place we can do it at a low price. Visit our website for moving day hints and tips or call our friendly customer service team on 020 3970 0488 for a free no-obligation quote.

Your prospective KT13 home is likely to be in Weybridge, the placename originating from the River Wey, but also includes the Oatlands and Saint George’s Hill districts. As a result the area is governed by both Elmbridge and Runnymede authorities. You’ll need to find out which one your new address falls under in order to apply for a parking permit. Road access on the day won’t be a problem thanks to the M3 and M25 which approximately define the area’s western and northern boundary. As part of the London commuter belt, some of Greater London’s most affluent streets can be found there.

Weybridge’s past was equally prosperous thanks to its role in hosting England’s Royalty. The famous Henry VIII constructed Oatlands Palace and married Catherine Howard, his fifth wife, there. Although the palace was later demolished the original brickwork can still be found today, lining the Wey Navigation canal. Closer to Weybridge’s town centre, at the foot of the aptly named Monument Hill, stands a memorial to the Duchess of York funded by public subscriptions and constructed out of the remains of another monument. Her actual resting place is in the St James’s C of E churchyard, a protected building with plaques dating as far back as the 15th Century. Weybridge even receives a mention in a chapter title from literary history; in chapter twelve of H. Wells’ famed novel The War of The Worlds, the area is cited as a location where one of the Martian fighting machines is finally destroyed. Camping and caravanning history also has its roots in Weybridge, the world’s first leisure campsite was set up there in 1901.

Outside of urban Weybridge lies Weybridge Heath. A place where the number of rare insects, birds and insect-eating plants have attracted entomologists from around the world including Horace Donisthorpe, Britain’s most famous myrmecologist, i. ant expert!. If you or your family enjoys hunting for odd creepy crawlies give it a try, Surrey Wildlife Trust has been keeping the Weybridge Heath in excellent condition. Though perhaps not an ideal place for a picnic, the public green does have ample space for dog walkers, cyclists and joggers.
With so much to look forward to in your new home, there’s no reason to let the strain of moving stress you out. Call us today to see the silver lining in your dark clouds. As mentioned before, you need to remember to contact the relevant authorities. If your new address falls under Elmbridge authorities, visit here. Otherwise, for Runnyemede, apply here. The important thing is to focus on the positives: the chance for a fresh start, exploring an attractive area, having friends and family visit and knowing that you have the best KT13 removal company to support you. Let us turn your frown into a smile, get in touch with Removal Company today!. 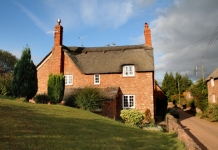 The removal team from Amazing Moves were so professional in the way that they handled my office removal in KT13. They also worked hard to get everything done as soon as possible and I was very thankful for that!

There are a lot of movers to pick from in KT13, and this place made everything easy for me. I am going to tell more people to use them.

I wasn't going to use a professional moving service, however, then I proceeded to pull a muscle in my back. There will be no box liftin' for me. These guys were super helpful, and they only laughed at my predicament a little bit - kidding. Some of the best movers in KT13.

Amazing Moves has very efficient movers. Their team know what they're doing, and gave us some excellent advice on packing and moving, which made things so much easier. Great service all round from a helpful and friendly team in KT13.

Happy with the service we got for last week in KT13, the movers came right away and did a quick job for us.

There's no doubt that Amazing Moves has the best man and a van service in KT13. They were extremely polite and professional yesterday. Would I hire them again for their services? Absolutely!

After getting a new job in KT13 I called them to help ease the pain. Can't recommend enough. These movers are better than just any old man with a van!