Calling Removal Company Can Brighten Your Day. Don't Believe Us? Give it a Try! 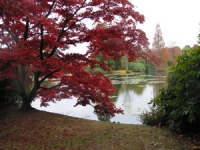 That’s right, we can brighten your day. How?. Well, we have great news when it comes to home and office removals. Not only can you get all the BR6 removal services you need in one place, but you can get them at great low rates, as well. And if that’s not enough good news, read on because your day can get even brighter. Our home removal services include a removal assessment, packing services, storage solution, packaging materials and supplies, transport, unpacking and more. And when it comes to office removals, you will certainly appreciate having experts on hand to deal with all the equipment that needs to be moved carefully from the old place to the new.

And when you call us now on 020 3970 0488 you can speak to a removal advisor who will not only give you a free, no-obligation estimate, but will help you determine the best way for you to move. You can also ask any questions you might have about your particular circumstances. You’ve got nothing to lost, and only valuable information to gain, so why not call Removal Company now?.

BR6, which is in the post town of ORPINGTON, has quite a large coverage area in terms of different towns or villages included. It lies within the Bromley and Sevenoaks local authority area and covers Downe, Pratt’s Bottom, Well Hill, Chelsfield, Farnborough and Orpington. BR6 is home to two golf courses, Chelsfield Lakes Golf Course and High Elms Golf Course, which is surrounded by parkland. While parts of the BR6 postcode district are quite developed, there are lots of wooded areas and open spaces as well. It is certainly not one of London’s most populated areas. It lies just within the M25, which more or less forms its eastern boundary. 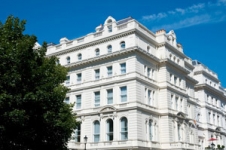 The Bromley postcode area is bordered by four other postcode areas. To the north is London SE (abbreviated simply as SE); to the east is Dartford (DA); to the south is Tonbridge (TN); and to the west is Croydon (CR).

Since there are two councils represented, contact the one you will be living in – Bromley or Sevenoaks – for information on reserving a parking space for the moving vehicle. Finding reasons to celebrate during a home removal can be tough. Not only is there a lot of work to do, but there are also a lot of expenses and plenty of stress. But when you hire the right company for your home move BR6, you’ll find yourself smiling a bit more, instead of despairing about what’s to come. For one thing, hiring us means that you will have to do a lot less work yourself. But it also means that the work will get done when you want it to, when it’s convenient for you. You won’t have to rush home from work or take days off just to meet our schedule; we’ll work on yours. Take a look at our site for some great, money-saving tips about preparing for your move, but don’t forget to call us on 020 3970 0488 ASAP!.

It's my opinion that Amazing Moves is the best when it comes to domestic removals. I was fortunate enough to experience what they had to offer when moving to BR6. I have nothing but praise for their team.

I am very impressed with their awesome team of movers. They did an exceptional job with my recent BR6 move, and they cost quite a bit less than their local competitors.

Moving with this moving company was an absolute joy. They were a breath of fresh air during what was proving to be a mightily stressful time. The move to BR6 was managed superbly. It put me at ease having them around.

A great removals company that provided a top service.

Amazing Moves is is the only removal company that I trust when I need to get moved, they have always been great to us.

House moving with this company is always smooth and stress-free. You won't even feel insecure about your stuff. Best company in BR6 for a reason.

Amazing Moves performed brilliantly, considering all we had to move. Their movers helped us relocate our items to BR6 in an efficient manner.