Looking for Kennington Removals? Call us now on 020 3970 0488 to book the best Removal Service in Kennington with Amazing Moves.

If You Can't Wait to Call Kennington Home, then You Need Speedy Movers from Removal Company 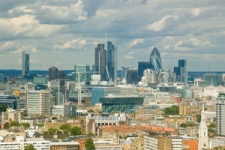 At Removal Company we have plenty of experience with last-minute moves, but we also treat every removal as if it were on a deadline. We know that moving is a hassle that no one wants to draw out. You want to be settled into your new home with your belongings safely in storage or unpacked for you as quickly as possible. Of course, you want all that at the best price, too. If your Kennington removal wishlist includes efficiency, speed and a great price, then we are the company to call to fulfill that dream. The ideal removal is just a phone call away. Dial 020 3970 0488 now to take advantage of our great rates and find out how our services can accommodate your removal to Kennington.

Kennington, a district in the Borough of Lambeth, is located in south London. Some of the area falls in the Borough of Southwark as well. Two of its most famous landmarks are The Oval, a cricket ground that is played by teams from all over the world, and the national museum, the Imperial War Museum. This mainly residential area is a little under 1.5 miles south of Charing Cross. It has the label of a historically significant Royal manor. It is separated from the Vauxhall manor by a tributary of the River Thames called the River Effra. Today, the smaller river runs underground in a culvert. The area used to contain a royal palace, built by the son of Edward III. The area became a suburban garden are, with parks and green spaces enjoyed by residents who lived in terraced houses.

Many of the large, beautiful houses in Kennington were divided into flats during the first half of the 20th century, but gentrification again changed the area after that. Much of Kennington was established as a conservation area by the Lambeth Council during the 1960s. Because of its proximity to the city centre and good transport links with popular parts of London like the West End, gentrification has been taking place in recent years. The former Kennington Common is now part of Kennington Park, which has the distinction of being south London's first public park. It has been established as on of London's Royal Parks. One interesting fact is that this park was once used for executions and later for public and religious gatherings. 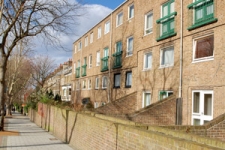 Kennington is known as having affordable housing and many young people moving into London are attracted to it. Shopping can be had at Kennington Cross and to the south on Kennington Road and Kennington Lane. Vincent Van Gogh, Bob Marley and Charlie Chaplin all lived here at one point during their lives, so you will be joining a number of famous former residents.

If Kennington is to be your new home or base of operations for a business, you will probably need some help getting there. You may need Kennington storage for the time between your move out and your move in dates or while you finish remodeling or painting the new place. Removal Company can not only pack and transport all your belogings, but we can provide you with a safe and secure storage space as well. Don't forget to save a parking space by contacting the Borough of Lambeth well ahead of your move in date. Check on the website for information about parking, then you are ready to start packing. Also, remember to do a good clearing out prior to packing, so you can reduce the number of boxes and the amount of space on the moving vehicle that you will need.

House moving to Kennington wasn't the almighty headache I thought it would be. The brilliant team from this company took care of absolutely everything. I have no hesitation in recommending them

I helped my mum clean out the attic of her Kennington flat and we hired Amazing Moves to move some of the stuff to storage. The movers were awesome. Their rates aren't too bad either.

Amazing Moves carried out the office relocation job in Kennington smoothly and very professionally. I have no qualms about the service. I was thoroughly impressed with everything that transpired.

From their customer service team to their removals crew on the day, everyone I had the pleasure of dealing with from this company was just brilliant. It was a highly organised move to Kennington, and everything was carried out professionally.

These guys have done all amazing removals and more in Kennington and can handle tough situations with ease.

Amazing Moves is the best company ever; they are always on point with their work and have never disappointed me. Had them today in Kennington!

This office removal helped us move from one location in Kennington to another after work hours. We were ready to reopen midday after the move.