Set Up Your Removal the Right Way and You Can Ensure Security, Safety and a Smooth Transition 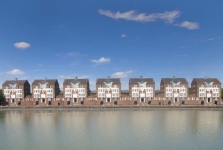 So how do you set up an SE16 move properly?. There really is no one right way to go about it, but there are a few things that are best to avoid. First, avoid leaving everything to the last minute. This could lead to scratches on your walls, tears in your upholstery, and lost or broken belongings. Also, it could - and most likely will - lead to your paying too much. Another thing to avoid is doing it all on your own. While this may have been a solution when you were moving into your first university flat or dormitory, it probably doesn't make sense if you have more than two or three boxes. Save yourself the stress and the worry by hiring at least an SE16 man and van service. And lastly, don't forget to consider things like packing supplies and storage, as these two services can make or break your SE16 removal. Packing supplies can add up, so ordering them from Removal Company and having them delivered is a great solution that also saves time. And storage can be a real lifesaver when there is a lag between your move out and move in dates, or if you have some remodeling - or even painting - to do in the new place.
That's a lot of suggestions, and you aren't even a customer yet!. See what else we have to offer in terms of setting up the perfect removal (things like packing services, transport, insurance, and more) by calling us on 020 3970 0488 now.

Southeast London is a big place. And the SE postcode area that covers it doesn't even cover it all. The South Eastern postcode area, as it is also known, covers the London Borough of Lewisham, the London Borough of Southwark and the Royabl Borough of Greenwich. There are also parts of Lambeth, Bromley and Bexley which are included in the SE postcode area. There are 28 postcode districts located here, two of which are non-geographic (SE1P and SE99). It begain as the SE district in 1857 and the numbered districts that are used today in postal addresses arrived later, in 1917. The postcode district closest to the City of London was given the number 1, as this is where the head office was located, and the rest were given their alphanumeric identities according to the alphabet and the location of that district's main office.

The SE16 postcode district was called the Rotherhithe district before the codes came into use. It covers Rotherhithe, part of Bermondsey and Surrey Quays. Like all SE postcode districts, it is part of the LONDON post town, and is in the local authority areas of Lewisham and Southwark. The SE16 postcode district is in the postcode area's northwestern corner and has the River Thames as its northern boundary. To the west is SE1 and to the east is SE8. Southwark Park and King's Stairs Gardens make up a large green space starting at the river and extending south. This is also where the Milwall Football Club is located. Another great place for a day out would be the Surrey Docks Farm, near the Ship and Whale along the banks of the river. 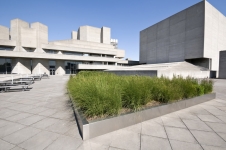 Depending on where your new home or office is located, you will need to be in touch with either the Lewisham or Southwark council regarding parking. Ask about reserving a space for your moving van to make sure everything goes smoothly on the day of. For more great tips and even better SE16 removal services, call now on 020 3970 0488.

I love this moving company in SE16, whether it's a truck or man and van service, you get the same royal treatment and same low cost.

As far as hassle-free, cheap moving companies in SE16 go, this one gets the nod for the best in my book.

The man with a van from this company arrived in SE16 with a plan, put the right things in place and went about achieving it. It resulted in me enjoying a speedy and stress-free moving experience.

I did plenty of research, looked into removal van hire companies in SE16. Amazing Moves was a name that kept cropping up for all of the right reasons. The reviews, positive reports about this company weren't wrong.

The movers from Amazing Moves collected my items and transported them to my new place without any dramas, providing a hassle-free service in the process.

Great peace of mind with this office removal. We needed to set up in our new office in SE16 within one day. The teams sent to us worked quickly and handled our furniture and file boxes with care.

Contacted Amazing Moves for an estimate. I found that the quote was among one of the best I've gotten in SE16. These movers were efficient and very fast. It took under 3 hours to move the items from my flat. Very professional.