Having Nightmares about and Upcoming SE25 Move? Have Removal Company make it a Dream Removal Instead

Most people are skeptical that there is such a thing as a dream removal. But when everything goes according to plan, the budget is adhered to and the timeline is respected, you'll feel like your removal is too good to be true. That goes for office removals SE25 or home removals, since we specialize in both. A lot of the nightmares associated with removals come from certain important details being forgotten about or put off until the last moment. Take storage, for example. Many people don't realize that they will need a storage unit during their removal and so end up spending valuable time looking for a convenient one in a rush the day before the removal. When you hire Removal Company, however, we can complete an assessment for you, so that you will know exactly what you need and how much everything should cost ahead of time. No last-minute scrambles to find extra moving boxes and no hunting down storage facilities that won't overcharge you.

There are other details we can cover too, such as packing, wrapping the furniture and even unpacking once your destination is reached. These details all add up to create one smooth, dream-like home removal that will have you wondering why on earth you ever did it on your own. Without our help, you never know what kind of nightmare move you could end up with, so call us now on 020 3970 0488. 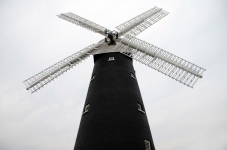 Visit the Borough of Croydon's website to find out how you can reserve a parking space for the day of your removal. This is just one of the timesaving tips you can find on our site, but you can always phone us on 020 3970 0488 to find out more. Don't let those SE25 moving nightmares haunt you anymore - have us replace them with the removal services of your dreams. It doesn't take much - just a click or a call - and it won't cost you an arm and a leg, either.

It was a great house moving experience all-round. My friends think I'm crazy when telling them that. They all went through stressful moves. None of them had this company in charge. That's why. I'd recommend them to anyone in SE25.

SE25 movers can be a bit pricey normally so I was surprised by the low rates being offered by these guys. The movers were fantastic and had it all done in no time at all.

Even though I hired the domestic removals service at the last-minute, everything that took place on moving day in SE25 was to my satisfaction. Amazing Moves showed their expertise. Their team are a credit to the company.

I was very pleased with the home movers that were sent out to my address in SE25 and undertook the work. Everything was completed professionally and with a minimum amount of fuss.

The man and van service from Amazing Moves was cheap and cheerful and helped me out with what I needed to get done. It was exactly the type of service that I was after, and that too for a great price.

We recently found a lovely care home in SE25 for my elderly mother. We hired these movers to help get her relocated as well as put some of her belongings in storage. They did great. I would recommend their moving services.

This is no fly by night operation. In fact, it's one of the best run removal firms in SE25 I've come across, and I've used quite a few in my lifetime. Moving about is part of my job. Highly recommend their home removal services!