When It Comes to an SE5 Removal Company, Don't Settle for Second-Best 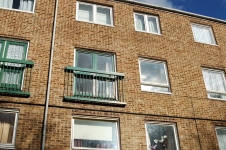 When you are faced with a lot of choices and not much time, it becomes harder to make the right decision. Many people, when pressed for time, will choose the first option that presents itself. When it comes to choosing a moving company SE5, this is not always a “best practice”. In general, when deciding on a service company, there are a number of factors to take into consideration; price is just one of them. You should also look at the company's customer satisfaction rate, services offered, availability, insurance, and customer service, which we sometimes forget is such an important part of any service agreement. Other moving companies might offer a whole slew of services at low prices, but if you are treated brusquely or if your calls go unanswered, is that company really worth your money?.

At Removal Company, we put a lot of attention and effort into our customer service. We return phone calls promptly (or answer them in the first place, which is quite novel in this business); we reply to emails and online enquiries; and we frequently update our website to keep you informed. Our removal advice comes in many forms: personally, in a removal assessment; over the phone when you call 020 3970 0488; and in the articles and links provided free, right here on this site. It's all part of our effort to be the best SE5 movers, so don't settle for any other company.

Some postcode areas have as few as 8 postcode districts, others as many as 40. The London SE postcode area in the London Boroughs of Greenwich, Lewisham and Southwark is one of the larger ones with 30 postcode districts. Two of them are non-geographic, but the area covered by SE in southeast London is quite extensive. All of the postcode districts are in the LONDON post town, but the mail for the residents who live here is processed at the Croydon Mail Centre in Croydon. Most postcode areas have seen some change in the one and a half centuries that they have existed and SE is no exception. Since 1857 and its original inception, it has gained area (1868) from the S district and in 1917 it was divided into the numbered districts that we know today. SE28 is a more recent addition, which was created in response to changes in housing developments in the area. 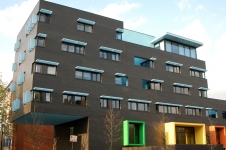 Each of the districts also has an historical name, though they are no longer used in the postal addresses. SE5 was known in the past as the Camberwell district. It covres Camberwell, Denmark Hill and Peckham in the Southwark and Lambeth local authority areas. The SE5 district lies along the postcode area's western boundary, sandwiched between SE17 to the north and SE24 to the south. Its northeastern corner is taken up by Burgess Park and the smaller Ruskin Park can be found in the southern part of the district. Just outside the district lines are the Dulwich Hamlet Football Club Ground (known as Champion Hill Stadium) and the Greendale Playing Fields. Denmark Hill is the district's one rail station. This district lies due south of the City of London and Waterloo.

Once you have chosen your SE5 removal company and your moving day, it is a good idea to contact the local council for your new address, either Lewisham or Southwark. View each council's web page regarding parking regulations by clicking on one of the above links to help you find out how to reserve a space for the moving vehicle on the day of. For more tips, call 020 3970 0488.

Cheap home removals company located in SE5. Will recommend Amazing Moves to others.

Their moving house company did a fantastic domestic removal for us last week in SE5.

I thought the move to SE5 would be seriously difficult. I want to thank this removal company for making the process easy and manageable.

With their movers on the job, I didn't have to worry about a thing. Amazing Moves got me moved into my new house in SE5 with ease. I thought the day would be stressful. Having them on board took the load off my shoulders.

The level of customer service was perfect from this removals company and the actual service on the day was superb. I certainly have no hesitation in recommending Amazing Moves.

Unforeseen circumstances had me moving to SE5 without much notice. My new employer suggested using Amazing Moves for house moving. The recommendation was well-placed. Excellent service!

Used Amazing Moves's man and van service to get my items to a storage facility in SE5, which they did. Reliable and dependable company.