Looking for Chelsea Removals? Call us now on 020 3970 0488 to book the best Removal Service in Chelsea with Amazing Moves.

If Chelsea is Going to be Your New Home, Call Removal Company for Your Removal 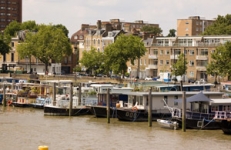 If you are moving to Chelsea in West London, you are moving to an area with a storied history and wealthy past. It is now considered a quite influential area of London because of all the artists who make their home in Chelsea. Chelsea Removals do not have to be a hassle, they can be quick and easy when you contact Removal Company for removal services. Our Chelsea movers will have you and your family settled into your new home in no time, so you can get outside and begin exploring your new neighbourhood. Housing prices in Chelsea can be pretty steep, but that doesn't mean that you want to pay a fortune for moving there.

Search for ‘Chelsea' in Google, and you are likely to get a lot of results related to the football club. In fact, the club is based in nearby Fulham at Stamford Bridge. No matter, the fans are loyal to their club regardless of where the games take place. Chelsea is a district that is found within the Royal Borough of Kensington and Chelsea, part of Greater London. If you are looking for some interesting historical sites, you can view the memorials that are located at the Chelsea Old Church, sometimes called All Saints. This church is near the River Thames, which actually forms the southern border of the area. Chelsea was also once famous for the fine china that was produced there centuries ago. If you happen to come across some of the original examples today in a carboot sale or a tabletop sale, grab them up as they are worth a pretty penny. But back to that churchyard - it is also the location of the tomb of the famous Sir Thomas More and a statue of the man can be seen out front on the Cheyne Walk.

The Chelsea Royal Hospital is another claim to fame for this district. It opened its doors in the 1694 and was commissioned by Charles II. It is home to one of the most popular annual events that draws large crowds and visitors from all over the world - the Chelsea Flower Show. If you've only every looked at pictures on the Internet of the fantastic displays of unique and exotic flowers and floral designs, take a trip to the flower show to experience it firsthand. Many artists still call Chelsea home, though its reputation as a boho area of London began long ago. There are some pretty famous names who have called Chelsea home, including Oscar Wilde, Jonathan Swift and Hugh Grant in more modern times. Get to Chelsea by one of four tube stations - Sloane, Earls Court, Fulham Broadway or South Kensington, but otherwise public transportation is not one of the area's most boasted features. 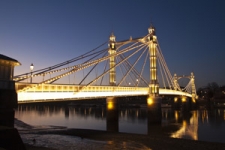 There is plenty to learn about Chelsea, especially if you are new to the area. So when you have scheduled your move in date, call Removal Company to get your removal underway. Then, you will be in your new Chelsea home faster than you could imagine. You could even have all your boxes unpacked for you by our professional movers. The Royal Borough of Kensington and Chelsea has specific guidelines for reserving parking on the day you will be unloading or loading the moving van, so be sure to check here for what you need to do. When your removal Chelsea is all complete, you will be able to consider yourself one of the residents of this spectacular London area. Call today on 020 3970 0488 to get started.

It was cheaper than expected hiring Amazing Moves, making use of their removal services in Chelsea. I was moving quite a lot. Their brilliant team arrived on time and simply got on with it, didn't bat an eyelid, didn't stop until they'd reached my new place.

Quite a few of the Chelsea moving services I contacted were unable to send a moving crew out on the day that I needed. This moving company had flexible availability, and the movers are simply wonderful.

The amount of moving services available in and around the Chelsea area is quite overwhelming. Thankfully, a friend recommended this company. The movers were great, and the move went well.

The house removals job in Chelsea was completed brilliantly by Amazing Moves. Due to the amount of work they carried out, it ended up being terrific value for money. Nothing untoward happened, and it was drama-free, just what I wanted.

Chelsea is a really beautiful living area, and I'm happy that I found Amazing Moves locally because I had no idea about removals firms or who could help me before I contacted them.

The price I paid to Amazing Moves after my move to Chelsea was really affordable. Thanks.

Called Amazing Moves as soon as I needed a moving company in Chelsea. Was not disappointed!