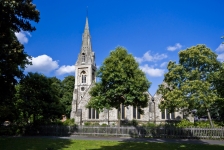 When we're stressed and anxious, we can do crazy things, like eating popcorn for dinner, or staying up all night watching reality television instead of doing the packing. Another crazy thing that people are capable of in the midst of a move is to think that it's a good idea to do it on their own, without the help of a removal company CR7. You might be thinking, ‘what's so crazy about that?.' Well, even if you don't have a lot of belongings, you have to calculate the number of times you will have to carry boxes up and down the staircase yourself, the amount of furniture you have, which you likely can't move on your own, and the amount of time you have available. Moving on your own always takes longer than it does when you've got the professionals helping you out.

So if you don't have all the time in the world and a lot of strong, helpful friends, it's worth investigating what it would cost to hire a moving company. Here's a hint: when you hire us, it doesn't have to cost a lot. You can pick and choose from among a long list of removal services which will make your life a lot easier and ensure that you don't spend more than you should. Call today on 020 3970 0488 and you can ask all the questions you want and even schedule an initial assessment to get your removal going. It's not the least bit crazy to call for a little help.

Did you know that in terms of postcode areas, CR stands for Croydon?. It's not hard to guess, but this area stretches across an area of South London as well as Surrey. Spread over nine post towns and consisting of 10 postcode districts, keeping track of the CR postcode area administratively is quite tough. The London Boroughs of Croydon and Merton are served, as well as the Surrey district of Tandridge. The postcodes were introduced in 1966, when Croydon became the second town, other than London, to introduce this postal experiment. One interesting fact about the postcode area is that it has a CR0 postcode district, but no CR1. The CR0 district was once CRO, Croydon's original postcode district, and it was easier for residents to change it to a zero than to a one.

So the Croydon postcode districts are numbered CR0, CR2, CR3 (there are two of them), CR4 and so forth. CR7 is in part of the THORNTON HEATH post town in the Croydon Local authority area. Its coverage area includes Thornton Heath and it is due south of central London. It lies north of the town of Croydon, however, in this largely suburban area. The Thornton Heath Recreation Ground and Storm Park are two of the open spaces that residents can take advantage of, but Norwood Grove Recreation Ground and Norbury Park are just outside of the district, across the northern boundary. 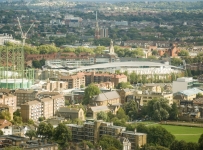 London SE is directly north of the Croydon postcode area, Bromley (BR) is to the east, Redhill (RH) is on the south, and Sutton (SM) lies to the west. Tonbridge (TN), Kingston upon Thames (KT) and London SW are southeast, southwest and northwest, respectively.

Determin whether the Borough of Croydon or Merton is your local council, and then contact the local office about saving a parking space for the moving van in front of the new place. Are you ready to call us up on 020 3970 0488?. If not, have a look at some of the helpful hints about moving that we offer on our site. You'll get a feel about how much work is really involved, and you'll probably want a hand with some of it. Remember, Removal Company is who to call for rates that can't be beat!.

I'm usually quite critical, but I couldn't find fault with the home removals service carried out by Amazing Moves. It was a terrific service that met all of my moving day needs in CR7.

I can't believe how much cheaper their rates are when compared to other moving companies in the CR7 area. The movers were great, they got my move done fairly quickly and I am never one to argue about saving money! I definitely recommend their services.

The movers that came to CR7 really went above and beyond, did their level best to make me feel at ease on the day of the move. They succeeded. I was happy leaving the important aspects of moving day in their capable hands.

I was being told by everybody I asked that removal van hire would be seriously expensive, especially seeing as how I was moving to CR7. I was delighted to be able to prove them wrong. These people who were saying such things evidently hadn't used Amazing Moves.

Found this moving service when we needed to move to our new home in CR7 and they did a great job getting us there.

I called and got quotes from almost every moving service in the CR7 area. Amazing Moves had the most reasonable rates, and we set up a day for them to come out to do the move. The movers arrived before their scheduled time, and they were finished before we knew it. They did a great job.

We just finished our home removal to CR7, and it was the best move we've ever had, all thanks to your movers!