Looking for Wimbledon Removals? Call us now on 020 3970 0488 to book the best Removal Service in Wimbledon with Amazing Moves.

Make Your Wimbledon Removal a Breeze with Removal Company 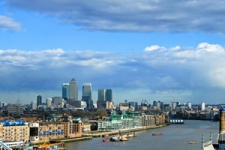 Whether you are moving to ‘the village' or ‘the town' in the district of Wimbledon, you won't be far from some great London landmarks. No matter what your Wimbledon home or office removal requires, Removal Company can get you there faster, so you can start enjoying life in Wimbledon as soon as possible. You can get a free quote online, or call us on 020 3970 0488 if you have any questions whose answers you cannot find on our website. Our customer service representatives are willing to help you choose the right removal services for your move to Wimbledon.

When most people hear the name ‘Wimbledon', the immediately think of the famous tennis championships that are so eagerly anticipated by sports fans and players throughout the year. There's good reason that so many people become tennis fans during the summer event, which happens to be the world's longest-running tennis tournament. Wimbledon is unique because it is the only one of the four major world tournaments each year that is played on a grass court, so anything can happen, adding to the excitement. Many people who aren't necessarily followers of tennis year-round tune into the Wimbledon tournament to take part in the many traditions, such as dress codes and royal attendance, that you simply can't see anywhere else.

But if you think of the tennis tournament and nothing else when you see the word Wimbledon, there's a lot you are missing out on. If your new Wimbledon home is located in the village, you are moving to an area steeped in history, dating back to medieval times, in fact. Today, the district is part of the borough of Merton, but was once so far out of London as to be considered rural. Times have changed, however, since coaches carried travelers away from the city along stagecoach runs and even railways have given way to larger motorways and personal vehicles, of course. But Wimbledon has been here all along.

To get a sense of the history of the place, consider that a hill fort is considered to have been built during the Iron Age on what is now Wimbledon Common. The common itself is famous for being among the largest communally owned tract in London. For much of its history, the area of Wimbledon was the property of the monarchy, but today it is a bustling place with little of its country origins to be seen. Its location southwest of London is a full seven miles away from Charing Cross, so it is easy to see why it was considered a distant outpost when transportation was primitive. 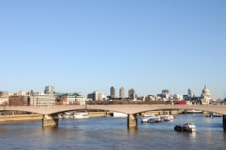 Aside from the tennis championships, Wimbledon also has a storied football history, one that has caused some controversy over the years. Football fans will know the ins and outs, but suffice it to say that Wimbledon football is unique. For more cultured entertainment, visit the New Wimbledon Theatre, which is housed in a beautiful Edwardian building. There are plenty of parks and green spaces, too for enjoying the English summers.

If your job or family is taking you to Wimbledon to start anew, or even to reconnect with your roots, Removal Company can help you choose the removal services in Wimbledon that you will need. Our affordable prices and fantastic customer service combine to make us the most trusted Wimbledon movers. Call today on 020 3970 0488 to see what all the fuss is about. Your removal can get underway, as soon as you book with us today. Find out about parking requirements here so that your move in can be as smooth as possible. and quick, too.

I hired Amazing Moves for removals to Wimbledon and couldn't have been happier with the service provided. This company were just brilliant, got my items where they needed to go quickly and professionally. I have no complaints, just high praise for this company.

I am very happy with their moving services. Best moving company in the Wimbledon area.

I thought the funeral baskets I ordered from here were excellent, the price was excellent value and the delivery to the funeral home in Wimbledon was very well managed and saved me a lot of stress.

I was amazed at how cheap it was to hire their man with van service in Wimbledon! Most companies would've charged a great deal or would've suggested I hire a larger van. Not Amazing Moves. Thrilled with their trustworthiness!

I got rid of my storage unit in Wimbledon and moved stuff back into my home. I had a good experience with Amazing Moves.

Highly recommend them for those out there looking to move to Wimbledon. Their movers do what they do best and cheaper than neighbouring firms.

Amazing Moves was a great moving service. They arrived on time and moved us across Wimbledon ahead of schedule.