Don't Strain Yourself over Your SW15 Removal; Call in Reinforcement from Removal Company 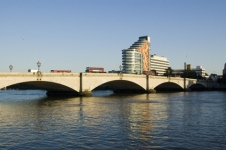 Reinforcement can come in many forms, especially for a home or office removal. It can be the pizza you order as your evening stretches into the night during a packing session; it can be the friends you call over to help you sort through years' worth of things that you have collected; or it could be the professional help of an excellent SW15 moving company, namely us. Calling in for a little help is nothing to be ashamed of, and more importantly, it doesn't have to cost you an arm and a let. Have a look at our complete list of removal services SW15, which includes everything from packing and delivery of packing materials to an SW15 man and van service. By taking a gander at what we offer, you might see something that can really come in handy. Your removal might be relatively straightforward, but that doesn't mean a little help won't get things moving along.

We can help you at each step of the way, or with just one or two services when you are in a bind. Get a free quote online right now, or call us on 020 3970 0488 to discuss in depth which services will be best for you. You'll feel immediate relief from knowing that there are professionals who will take care of the tough stuff, so you can focus on everything else in your life. Call now!.

The group of 28 postcode districts in southwest London that make up the London SW postcode area cover parts of the London Boroughs of Lambeth, Merton, Richmond upon Thames, Merton, Croydon, the Royal Borough of Kensington and Chelsea, the City of Westminster and all of the London Borough of Wandsworth. There are districts on both the north and south sides of the River Thames and some of the SW1 districts cover some of the most important government institutions and buildings, such as 10 Downing Street, the Palace of Westminster and the House of Commons, among others. The SW in the name of the London SW postcode area stands for South Western, but this is officially the South Western and Battersea postcode area. 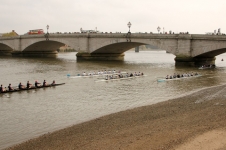 The SW15 postcode district was formerly called the Putney district. Its coverage area includes Putney, Kingston Vale and Roehampton in the Wandsworth and Kingston upon Thames local authority areas. It is in the LONDON post town, as all the SW postcode districts are. The southern tail of this postcode district extends into Richmond Park to cover Kingston Vale. On one side is the park, while on the other is Wimbledon Common. The district's northeastern boundary runs along the River Thames opposite Fulham. And Kingston Rd forms most of the southern boundary, extending from Wandsworth to Kingston Vale. This district is home to the London Rowing Club as well as some of the Richmond Park Golf Club. And while it is a bit further away from central London than some of the other sought-after areas, it is connected to the rest of the city by the Putney rail station and the East Putney Tube station.

Depending on the exact location of your new address, you should contact either the Wandsworth or the Kingston upon Thames council to obtain information regarding parking your moving van on the day of your move. Even in a residential area, parking regulations can be strict, so it's worth doing ahead of time. There are plenty of other tips and tricks for preparing for your home or office removal right here on this site. But for even greater relief from the strain of moving, all you need to do is call 020 3970 0488.

Great movers! They never left my side throughout the entire journey to SW15!

Yes, we were looking forward to our new change of address in SW15, but not the move itself. This home removals firm made all the difference, and we appreciate their effort.

Movers are trained to take care of the client's goods. Unlike friends and family members, they won't break up your stuff when you have to move from one place to the next. I hired Amazing Moves, and they moved me across town without messing up my things. I appreciate their service. They are located in SW15.

I managed to get an affordable home removals service with this company. The entire service was excellent, all the way through to when my possessions had been unloaded in SW15. They were great value for money.

There are many removal companies out there, but based on my recent experience with Amazing Moves, I'll be using this company time and time again. I can't thank the team enough!

I used Amazing Moves for a move to SW15 earlier this year. They were very professional and worked quickly. I will surely contact them in the future if I need to move again.

I was very pleased with this SW15 home removals company. Their final price was just as quoted, and their movers quick and nice.