Don't Let Yourself Fall into Moving Slump, Have Removal Company Do Your SW4 Move 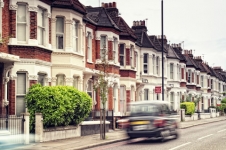 When you hire a removal company, you might be signing on for an all-or-nothing deal in which the moving company comes to your home, performs all of its removal services and hands you a huge bill at the end. But when you hire us as you SW4 moving company, you can choose from our services as if selecting items from a menu at a restaurant. You may decide you want an assessment and a packing service, but turn down the packaging materials in favour of ones you've already got. You may want a man and van service SW4 instead of a full moving crew, but require storage as well. Whichever way you want to mix and match our moving services, the choice is yours. And if you are having a hard time making that choice, we can talk you through it when you ring us on 020 3970 0488.

Many people get started with their SW4 removals with energy and ambition only to fall prey to the moving slump, which is when things get overwhelming and it seems as if nothing is getting done. Don't let this happen to you - you can keep the momentum of your removal going by getting a free quote right now when you call 020 3970 0488 and then use our moving checklist to stay on top of things. 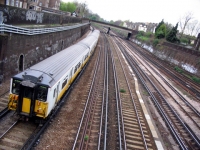 The SW4 district is known as the Clapham district. It covers Clapham and Stockwell in the Lambeth local authority council. The western section of the Lambeth borough is included in the SW postcode area. Clapham Common, a large green space, takes up much of the western part of the postcode district. The district is roughly the triangle between Pynders Rd, Kings Ave and Wandsworth Rd in the north. The Tube stations in this district are Clapham Common, Clapham South and Clapham North, as well as Stockwell at the district's northern edge. The Clapham High Street rail station is also centrally located. The Clapham High Street stretches between the rail station and the Clapham North Tube station and Clapham Common, and is where you can find the Clapham Picture House and other places to shop and dine.

Find the webpage dedicated to parking rules in Lambeth here, and be sure to visit it as soon as you know your moving date so you can book a parking space for the moving lorry or van. Unloading will be much quicker if the vehicle is parked right in front of your new door; it is also safer for your furniture and can spare you some steep parking fines. For other great hints and tips, explore this site or give us a call on 020 3970 0488.

As a client of their home removals company, I felt as if I meant something. As such, my family and I had a great move to SW4.

Our journey to our new home in SW4 went very well, all due to these movers.

Moving is always a chore. I don't like to relocate often. When I do move, I want to make sure that the process goes easy. This is why I call Amazing Moves to get the job done. They are located in SW4, and they will move you with complications.

Everything went smoothly, was quick and easy with their house removals crew. I'd highly recommend Amazing Moves. Moving to SW4 was a lot less painful than I'd anticipated with them on board.

The house removals service from Amazing Moves was great, was exceptional in every which way. I'll certainly be recommending them and using them again.

We had no choice but to schedule our move to SW4 two weeks before our wedding. Needless to say, it was a very stressful time. That being said, Amazing Moves made the process so much easier. The price quoted was accurate, they showed up on time and they could not have been friendlier. Highly recommend.

Moving day went off without issue. Everything went swimmingly and all of our belongings arrived to SW4 in the same condition that they left, all thanks to their nice and helpful movers. Very happy with the experience!