Have You Got Your HA7 Move Sorted Yet? If Not, Call Removal Company for Help! 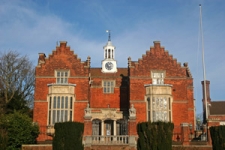 Help is on its way when you call us today on 020 3970 0488. It doesn't have to cost a lot and it doesn't have to take up your entire weekend to move from one place to another in or around London. All you need to do is find the right removal company, which you've already done, since you're on our site. A short-notice removal can be a blessing and a curse. On the one hand, you don't have to spend weeks agonizing about the day and how you will manage it all. On the other hand, the stress is compressed into just a few days or weeks, making it all the more intense. Whether you've known for a long time about your removal, or you just found out today, there's no reason to think that everything won't be perfect when it comes time to load up the van and say goodbye. That's IF you've hire Removal Company, of course.

Close your eyes and picture yourself in your new home, feet up, enjoying the view from your sitting room window. Now picture yourself with the help of a moving HA7 dream team of professionals who can get it all done in no time and not charge you an arm and a leg. Well, it doesn't have to be a dream - it can be a reality when you call us on 020 3970 0488 today.
The HA7 postcode district is in the HA postcode area, of course, which is also called the Harrow postcode area. Harrow is in north west London, but the postcode area also overlaps into a small bit of Hertfordshire. There are ten postcode districts in the HA postcode area, the mail for which is sorted in Greenford. The districts are located in the London Boroughs of Harrow, Barnet, Brent and Hillingdon, as well as the Three Rivers district, which is in Hertfordshire outside of Greater London. The districts are HA0 through HA9 and seven post towns are represented.

HA7 is in the STANMORE post town in the Harrow local authority area. It covers a part of Belford as well as all of Stanmore. This is certainly a suburban part of London, and there are plenty of green spaces and woods around. Stanmore Country Park is the largest within the postcode district and it is right beside the Royal National Orthopedic Hospital. But residents can also enjoy the Stanmore Golf Club and Heriot's Wood among many other smaller parks and green spaces. The M1 corresponds to the northern boundary of this postcode district, while Queensbury is to the south. 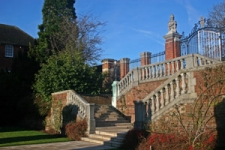 The Harrow postcode area is surrounded by only four others: Watford (WD), London NW (NW), London W (W), and Southall (UB). It is also home to the famous Wembley Stadium, which is located in HA9.

Parking in Harrow is certainly easier than in the centre of London. But you should still reserve a spot in advance for the moving van, to ensure a snag-free moving day. However long you've left your removal arrangements - even if it's the last minute - give us a try on 020 3970 0488. We can often accommodate removals even if they haven't been on the books for weeks or months in advance. If you are just looking for a man with a van HA7, you're in the right place. But we also do packing and unpacking services, as well as storage solutions HA7, transport and much, much more. Do yourself a favor and DON'T try to do it on your own, especially when you can get an affordable, dependable company to come and do it for you. You'll save yourself a lot of trouble and you could wind up saving yourself from damaged belongings as well.

The home removals process to HA7 progressed without a hitch. That's largely due to the expertise of Amazing Moves. They were terrific on the day.

Whilst looking for a man with a van type of service in HA7, I came across these lovely guys. They have very reasonable rates and an excellent, professional team. I would gladly use them again.

This moving company was rated as excellent for a reason. I quickly discovered why when using them for the first time in HA7.

I did plenty of research before settling on Amazing Moves. I enquired about their moving company online, and only heard good things about them. I decided to take a punt on them when moving to HA7, and my educated gamble was vindicated. I enjoyed a top service at the hands of their experts. They met all of my requirements, and bent over backwards, did even more than what was asked of them on the day.

Hired this HA7 removals company to help us with things and they were very reliable.

Admittedly I was not exactly thrilled to be moving across HA7 but knew it was necessary for my husbands' job. Moving day went much better than I expected, largely in part to the lovely moving crew at Amazing Moves. They did an exceptional job.

We can't thank Amazing Moves enough for their efficient and quick removal service to HA7.