Time to Move in TW3? Time to Call Removal Company 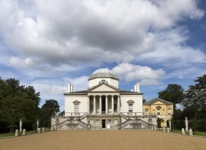 People move house at many different times of their lives. They move when the kids are gone off on their own. They move when they retire to get out of the city. And sometimes they move to find a bigger space or a home closer to the office. Whatever your reason for move, remember that time is of the essence. If you wait too long and hire a moving company last minute, you could end up paying extra. Or, if you are too busy with all the packing and planning, but forget to arrange a storage unit, you could end up with a costly delay on your hands. No matter what time of year you choose to move, Removal Company will always answer the call, providing service that is both timely and affordable.

There are other benefits to hiring us as your TW3 moving company or man with a van TW3, as well. For example, you can have us do the packing for you - and the unpacking as well. Or you could have us arrange the storage you'll need and deliver the moving boxes right to your doorstep. All of these services are arranged to save you time, which you will need plenty of in the days before your TW3 removal. Call 020 3970 0488 now - you're just in time!.

In Greater London, the postcode districts fall north and south of the River Thames as it narrows in the west and the ones in Surrey are in the northernmost corner. The 20 postcode districts are straightforwardly labeled as TW1 through TW20. North of the TW postcode area is Southall (UB), with Kingston upon Thames (KT) to the south, Slough (SL) to the west, and London SW to the east. London W is northeast of TW. 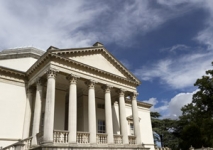 TW3 is in the HOUNSLOW post town and the Hounslow local authority area as well. It covers Hounslow, of course, as well as Lampton and Maswell Park. Hounslow is in what is considered quite a green area of Greater London. There are parks on all sides: Osterley Park, Hounslow Heath, and the larger Richmond and Bushy Parks to the south. The Royal Mid Surrey Golf Course is nearby, as is the Airlinks Golf Club in Southall Green. All in all, this part of London is quite a bit more suburban than some of the other areas. It is also quite conveniently located to London Heathrow Airport, making weekend getaways or longer holidays much smoother than for some. And since the TW3 postcode district is just off the A4, transport to and from the city centre is convenient as well.

Street parking for the moving vehicle is a must for your move out day. See the Hounslow council site for the how-to. Even if you and your family have just recently decided to move, it's never too early to hire your moving company, as there are a lot of things you can do well ahead of time. Using our helpful moving checklist can give you a sense of where to start. So go ahead, give us a ring on 020 3970 0488 to speak with a moving advisor today - it couldn't be a better time to do so!.

The movers from Amazing Moves were a massive help. It's no exaggeration to say that moving to TW3 would've been impossible if not for their expertise and hard work on moving day. I want to thank the brilliant team involved.

My wife insisted we hire professional movers for our house move to the TW3 area. Amazing Moves has relatively cheap rates, and the blokes they sent over did a great job.

I enjoyed a top service at the hands of their movers in TW3 and have already recommended them to someone else. No doubt my friend will also enjoy the same standard of service.

I just want to thank the movers from Amazing Moves that came around to TW3 the other day to help me move. They were brilliant, did a fabulous job. I was moving a lot of stuff, but they handled everything with care and professionalism. They safely secured everything in their vans and ensured it was all safe during transit. I honestly can't speak highly enough of their team. I thoroughly recommend them to anyone and everyone.

I was very happy with the moving service we got a few weeks ago in TW3. Fast and reliable, good price for moving too.

I hired them five days ago, and the move to TW3 was remarkable. They are the best surely.

Amazing Moves has a friendly and professional home removals crew. They got my stuff to TW3 in good condition.