Wondering Who to Call for Your W11 Removal? Call Removal Company, Of Course 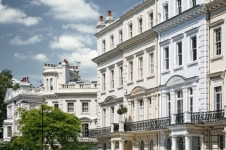 If you are moving to the W11 postcode district you might be moving into one of the more famous London neighbourhoods, Notting Hill. Other than the movie of the same name starring Julia Roberts and Hugh Grant, this area has a lot to offer its residents. But you have to get there first before you can really start exploring and taking in all there is to see and do. If you aren't planning to move on your own, which is probably a good idea if you have a lot of belongings, then you will need some sort of removal company W11 or at least a man and van. You might also require storage, especially if you have some time between your move out and move in dates or if you are planning on painting or remodeling the new place. Many of our customers go for our great packing service and order their packaging materials direct from us for home delivery - these two services are real timesavers when it comes to the final days before the removal.

To hire one mover or a whole crew of movers, depending on your needs, just give us a ring on 020 3970 0488. You could also send an email enquiry with any of the questions you may have. When you make that phone call, you will be able to get your free estimate, which is also available through our online calculator on this site. So stop wondering and make the call that can save you time and money today!.

The Western and Padding postcode area consists of 27 postcode districts spread throughout west London, on both sides of the River Thames. It is also written as the London W postcode area, but the former name is a bit more accurate in its description as the area includes two main regions: the Western district and the Paddington district. The 14 sub-districts beginning with W1 are all part of the Western district and central to London; they are almost exclusively within the City of Westminster. W2 is also close to the city centre, but it is in the Paddington district, along with the remaining postcodes, W3 through W14. The area is surrounded by the London NW, London N, London WC, London SE, London SW, Twickenham (TW), Southall (UB), and Harrow (HA) postcode areas, clockwise from the north. 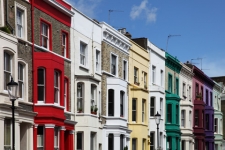 The W11 postcode district has the historic name of the Notting Hill district, which is no longer used in postal addresses, but useful in terms of geography. It covers Notting Hill and part of Holland Park, some of London's most exclusive areas. They are both in the Royal Borough of Kensington and Chelsea and like all W postcodes, W11 is in the LONDON post town. Notting Hill is one of London's greener neighbourhoods and is very popular with young, affluent families. It is in the centre of the postcode district, which extends to W Cross Route in the west, Holland Park Ave in the south, Westway (A40) in the north and Westbourne Grove in the east. The district also includes Avondale Park and Lancaster Green, two small open spaces. The Electric Cinema is a good place to start for entertainment when you move here, or try the Gate Theatre or the Museum of Brands.

Remember, getting to W11 doesn't have to be difficult. Set your moving date with us, then contact the Kensington and Chelsea council to reserve a parking space for the hired moving vehicle. The rest can be as easy as telling us what you want!.

The hints and tips their movers gave us when it came to streamlining our move to W11 were indispensable!

All items, including boxes, were stacked nice and neat in their clean truck, along with our furniture and appliances. All of this made our trek to W11 a cool, swift and easy one.

I am a resident of W11, and finding a good removals business is not cheap. Still, I have to rely on one to move my stuff out of my 10,000 square foot home. That would be too much work for me to do on my own with a couple of buddies. Thankfully Amazing Moves helped me to get this job done.

I've used their removal services a couple of times now, most recently when I relocated to W11. They impressed massively on each occasion. I've also recommended them to others and have received glowing reports from my friends.

I hired Amazing Moves to help move some of the heavier boxes to my W11 storage unit. The movers were great. I would hire them again, and likely will be doing so in the near future. Great moving team.

Amazing Moves moved my home across W11 today. They were polite and helpful. They also took great care in protecting my furniture. Would highly recommend.

They performed an excellent and professional home removal service for us. Our goods arrived to W11 intact. Can't say enough about this removals firm.