Work Your Way Up to Move Out Day 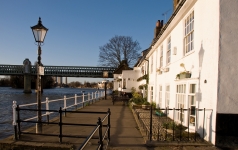 Any home or office removal, regardless of how big the space, how many items of furniture and how many boxes of belongings can turn into a slog. Usually, it's because we can't do everything all in one go, so the process gets spread out over days and weeks, making it seem endless. But there are a few hints and tricks out there that can really help you feel on top of your removal, instead of buried under it. The first trick is to hire Removal Company, of course, since we can significantly reduce the amount of work you will need to do on your own. That goes for packing, scheduling, finding storage W4 and much more. Another great hint is to plan a major clear out leading up to your removal, even before you hire the W4 moving company. Once you've gotten rid of a lot of thing you no longer need, you'll be ready to tackle the job and it'll even cost you less.

There are also many techniques and tips that we offer on our website, or you can arrange to have us complete a removal assessment for you, to determine just what you will need to get the job done efficiently. Call us on 020 3970 0488 to find out more and get a free quote while you're at it. Whatever you do, don't leave it all for the last minute. By working your way up to your move out day, bit by bit, you won't notice all the hard work, but the reward will certainly be worth it. 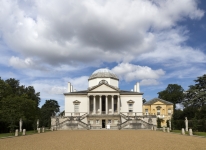 The W4 postcode district was once known as the Chiswick district. It is found in the Hounslow and Ealing Local authority areas and covers Chiswick, Turnham Green, Gunnersbury, and Bedford Park. Since the W1 and W1 postcode districts are the ones closest to central London, with the remainder extending west from there, W4 is quite close to the city centre, but west of Charing Cross. The postcode districts which number W2 through W14 cover some of the Royal Borough of Kensington and Chelsea, the London Boroughs of Brent, Ealing, Hammersmith and Fulham, and Hounslow, as well as the City of Westminster. The southern boundary of this postcode district runs along the bank of the River Thames and much of the southern part of it is covered y the Civil Service Sports Ground and the Chiswick House Grounds in Chiswick Park.

Hounslow parking regulations will differ from those in Ealing, so for reserving a space on the moving day, see your council website. While making lists and sorting is an important part of any home removal, it is important to actually check things off those lists as well. So each day, try to complete one task involved in the removal, even if that one task is calling to book your assessment or Man and Van W4. Try it now on 020 3970 0488 and you'll have your first item ticked off!.

I got a man with a van on board to help with my move to W4 for a great price. It was the cheap and cheerful service I was after. Thankfully the guy did a top job, was a tremendous help too.

After receiving quotes from the majority of moving companies in the W4 area, I decided to hire these movers. They had helped with my mum's move a few weeks back and did a great job. They were wonderful and affordable - a terrific combination.

What I couldn't do on my own in W4 their man and van team certainly could. Amazing Moves came to my aid when I needed them and completed the transportation job without any issues. It was a pleasure working with them.

This domestic removals company pulled out all of the stops to ensure I enjoyed a smooth and stress-free move to W4. They encountered some issues through no fault of their own, but their team constantly reassured me and did their best to smooth over any cracks that they encountered. All in all, Amazing Moves provided terrific service. They demonstrated why they're the most professional company. Since I've moved in, I haven't been able to stop singing their praises!

Had to use this W4 removals company last week and they were very professional and fast. It all went great and would use again.

I hired this moving company after hearing wonderful things from a neighbour that had used their services in the past. The movers did a fabulous job, everything made it to the new W4 area flat without incident, and their rates were more affordable than others we called.

Blown away by their speed! Booked their man and van service to move my art display to the installation site. They were very careful with all of my pieces, and the entire move to W4 took under 2 hours. Very appreciative, thank you.