Call Removal Company Today; What Have You Got to Lose? 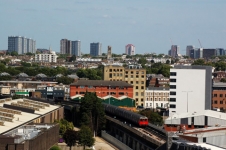 Nothing, of course, but you have everything to gain. By spending a few minutes browsing our site and getting acquainted with our removal services W12, you will be doing yourself a big favour when it comes time to choose a W12 moving company. The next step, after learning a bit about what we offer is giving us a call to ask more detailed questions and to get a free, no-obligation quote for your specific removal. Whether you are planning an office move, a home removal or even just looking to move some things into storage, Removal Company can take care of practically everything for you. We say practically because we can't help you sort and throw out unwanted items - that's something that you and your family must do - but we can haul things away for your, for sure. For short-distance moves or when you just need a vehicle for a few hours, you might consider our W12 man and van service; we offer great rates for our vehicles.

But for more involved removals, it will be important for you to know just which services will suit you best. A removal assessment can help you there, determining what type of storage unit, which size vehicle, and how many boxes and movers will be necessary. So go on and give us a ring on 020 3970 0488. You've got nothing to lose, but could make a significant gain.

The postcode area that covers much of west London is called the London W postcode area, or the Western and Paddington postcode area. All of its 27 postcode districts extend west along the River Thames from the city centre. There are districts located on the north and south banks in a number of London Boroughs. Apart from the City of Westminster and the Royal Borough of Kensington and Chelsea, the London Boroughs of Ealing, Hammersmith and Fulham, Hounslow, Brent, and Camden also have W postcode districts. The area is made up of two main regions: the Western district (made up of the 14 W1 postcodes) and the Paddington district (comprising the 13 districts from W2 through W14). The districts in the Paddington region were numbered alphabetically according to the name of location of each district's head office. 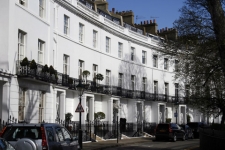 The W12 postcode district is also known by its former name, the Shepherds Bush district, although this name does not appear in postal addresses. It covers Shepherds Bush and White City in the Hammersmith and Fulham local authority area. One thing that you can check off your to-do list the minute you know your moving day is to contact the council and save a parking space in front of your new home or office. This will cut down on delays on the day of, as the moving vehicle will be able to park straight away instead of circling your place looking for a space large enough. The W12 postcode district is north of the River Thames, separated from its banks by the A4 and Ravenscourt Park. The northern part of the district is covered by the Wormwood Scrubs Park, a large open space sandwiched between the rail line to the north and the A40 to the south. This is also where you will find the Queens Park Rangers Football Club Stadium, known as Rangers Stadium) and Hammersmith Park. The Shepherd's Bush market is another great place to visit when you arrive in W12.

Now that you know a bit about what your removal will entail, you can start the planning process, which is key to your removal success. Begin by calling us on 020 3970 0488 now.

Well-mannered and neat/clean movers were professional in both attire and behaviour. Communication was easy too. In the end, we had a lovely, hassle-free move to W12.

The price for this man and van service was right. I never did this before, so I was concerned about hidden costs and fees. But everything regarding the move to W12 was on the level.

I hired a moving service from W12, and they moved everything within a day. It was a simple process,and I enjoyed everything.

The quote they gave me for the removals job to W12 just blew me away. What surprised me, even more, was that they stuck to it! They're a very professional, reliable and trustworthy company.

I have used their moving crew quite a few times. They are excellent. Professional, well-trained, and efficient. Not to mention, they are one of the cheapest moving services in the W12 area. I would recommend them to friends.

I recently had to move my business to a new office in W12. I hired this man and van to move our office equipment, furniture and some materials I had stored. They arrived on time and worked hard to make sure the relocation was on schedule.

So happy with this move! You guys really nailed it. No secret I was not looking forward to this, no not one iota. Fortunately, when your movers got here to W12, they were professional, polite and just swept my fears under the rug! I'm now here, in my new flat, enjoying the sunset. Thanks so much!