Looking for Ruislip Removals? Call us now on 020 3970 0488 to book the best Removal Service in Ruislip with Amazing Moves.

Are You Ready to Move to Ruislip? Removal Company can Get You Ready for Your Removal 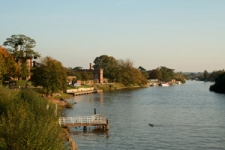 Getting ready for a removal is often harder than the removal itself. There is a lot of planning that goes into a successful removal, on the part of the person or the family moving as well as on the part of the Ruislip moving company. The preparation phrase can take weeks or months leading up to the removal, and the earlier you start to think about what will be involved, the better. Our removal checklist is one great way to get started, so that you know what lies ahead. It will give you time to figure out how to fit moving into your already busy life. Removal Company is your go-to removal company Ruislip, offering all the services you might need, at very competitive prices. Call us on 020 3970 0488 for a free quote with no obligations.

The suburban area of Ruislip in the London Borough of Hillingdon is centred around an old village and is part of Greater London. It was once a parish as well and included the areas of South Ruislip, Ruislip Manor, Northwood and Eastcote. Many of these early settlements are still in existence today and are labeled local heritage sights. St. Martin’s Church dates as far back as the 13th century and one can still attend services there. Much of the area experienced growth in the early 20th century when the Metropolitan Railway was expanded.

Residents can visit the Ruislip Lido, which was once a former reservoir and is currently a public park that includes Manor Farm and a miniature railroad, as well as a settlement that dates back to the 9th century. The village square is another landmark, which has its cornerstones at numbers 1 and 15. The pub and the restaurant that exist there now Grade II listed and form the junction of the High Street, Eastcote Road and Bury Street. Manor Farm, another of the town’s landmarks includes buildings and settlements that date back to the 9th century. The Lido is a reservoir from the Victorian era that has its own man-made sand beach, woodlands and a mini railroad. 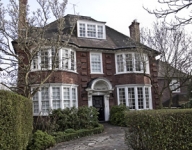 Sport in Ruislip is another form of entertainment for residents. There is a Non-league football club called Hillingdon Borough FC. Their stadium is called Middlesex. Ruislip also has a rugby club, which plays at West End Road and has quite a long history. For non-spectators, there is a golf course that has been open since 1922 and is located on Ickenham Road. A hockey, called Eascote, plays on the fields at Kings College.

When you are starting to get ready for your Ruislip move, think of calling Removal Company and we can help you decide which removal services will be the best for you and your move. You might need storage; you might need packing materials and supplies; you might need a packing service; or you might need just the transport. For a one-stop shop of removal services, there’s just one number to call: 020 3970 0488. When you call now you can get a free quote and we can schedule an assessment for you right away. Just don’t forget to save a parking space out front for the day of moving.

My house removals to Ruislip went swimmingly. It was a smooth move. The team that came on board to help with my job took care of everything they needed to take care of, handled everything efficiently.

If I need professional moving services, I typically call Amazing Moves. Their movers never fail to do a great job, and their rates are quite cheaper than other moving companies in Ruislip.

I enjoyed a first-rate removals service from Amazing Moves. I thought it'd be a mightily stressful process, but the move to Ruislip couldn't have gone any better.

The movers took care of the loading, unloading and transportation of my goods to Ruislip terrifically.

I had to find a home removals service in Ruislip and hired Amazing Moves to do the job. They did a top job for me.

I am contacting them again if I need a move, after that great move to Ruislip.

Amazing Moves helped us move between Ruislip homes. The movers were very efficient and diligent in their task.