Looking for Ealing Removals? Call us now on 020 3970 0488 to book the best Removal Service in Ealing with Amazing Moves. 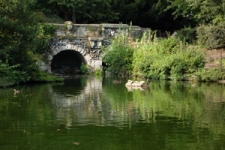 Is an easy removal even possible?. You may think that the words “easy” and “moving” should never go together, but you'd be surprised at how easy we can make your removal when you book with Removal Company. Our comprehensive list of removal services are designed to reduce the amount of work you have to do. Let the experts step in and take care of the packing, the packing materials, the Ealing storage and the transport. You will be settled into your new home in no time, with none of the bad removal memories that you'd expected. Get a free quote online or over the phone, any time of day or night, by calling us on 020 3970 0488.

The suburban area in west London known as Ealing is also the centre of administration for the Borough of Ealing. It is almost eight miles west of Charing Cross and is one of the London Plan's major metro centres. Imagine living in a place that has had human settlers on it for 7,000 years. That's the case with Ealing. Its history includes the development of a number of public houses and old inns that were stops for horsemen along the Uxbridge Road into London. It was also once an area filled with market gardens, providing food for the citizens of London, but also requiring more and more workers to move there. Thus, growth occurred in Ealing. But Ealing didn't become a town until the Victorian Age, when many middle-class residents began to make their homes there. The Town Hall in Ealing is a symbol of this period, as are Ealing Common's horse chestnut trees.
During the early 20th century, Ealing came to be known as the Queen of the Suburbs, a nickname that is still used today. Mount Park Road is another symbol of that grand era and is still lined by large houses and mansions. Today, however, Ealing is famous for the film studios located there. The Ealing Comedies are a group of films made there, made up of the Lavender Hill Mob, Kind Hearts and Coronets, The Ladykillers and Passport to Pimlico.  The studios have been used for more recent films as well, including the famous Notting Hill.

Residents can visit a place where Rock n' Roll history was made at The Red Room, a nightclub that used to be the Ealing Jazz Club. It was here that Keith Richards and Mick Jagger met Brian Jones in the early 60s. The rest, of course, was music history. Walpole Park is the home of an annual Jazz Festival as well as the Beer Festival. There is also a comedy festival, opera in the park, and a blues festival each year. 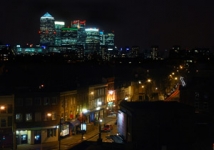 If you are making Ealing your home, make it easy on yourself by enlisting the help of an Ealing Man with a Van. Or have us come and do your packing and unpacking for you, saving you valuable hours each day. We can also supply your packing materials at great prices, delivered to your door. Not every moving company Ealing can do that. The best advice for those ready to take on a removal is to plan ahead and give yourself plenty of time. Our helpful checklist is a great place to start. You'll see in those plans that reserving a place to park in Ealing should be a top priority, to ensure a quick and easy move for you, your family and your belongings. What are you waiting for?. Get your free quote right now online or over the phone at 020 3970 0488.

The house moving team from Amazing Moves did an amazing job when helping me move to Ealing. I can't thank their team enough.

As excited as I was about the new Ealing flat, the actual house moving was not so much. That is why I called these fine gentlemen. They are the best movers in the area, and their rates are super reasonable.

I spent half the day on the phone with various Ealing moving services. This place was suggested by a friend, and they had the best prices of the bunch. I hired them to help with our move this weekend. I am sure that they will do a fine job.

I'm so glad I hired Amazing Moves for home removals. Everything went swimmingly thanks to their professionals. My items arrived at their new address in Ealing safe and sound. I was able to hire the service for a great price too, which was just a bonus.

I will use Amazing Moves when I need to move house in Ealing again.

The removal services offered by Amazing Moves are cheap and effective. They will always deliver. The fact that they do everything as it should be done makes me even love to work with them more. Try them out, especially if you are around Ealing.

I love Amazing Moves! They helped me move my art studio to Ealing. It's a messy job but they had no problem. Great moving company!