For an All-in-One UB4 Moving Company, Look to Removal Company 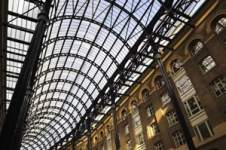 That’s right; we can handle all of your removal needs. All it takes is one phone call to have our expert movers come out to assess your removal. From there, it’s as good as done and you won’t have to spend hours on the phone tracking down different companies to do different jobs for you. You can simply have us do it all. If you are looking for a UB4 man with a van or storage UB4, you could get pretty frustrated doing research online. There’s just so many to choose from!. But why choose a different company for each phase of your removal when you can hire us and deal with just one moving advisor, one crew and one bill in the end.

In an age when we can order groceries online from a mobile phone, buy insurance at the supermarket, and have the refrigerator tell you when the milk’s running low (well, maybe not quite yet), it makes sense that you should look for a moving company who can do it all. Not only will we save you time, but we’ll save you money, too. And what could be better than saving time and money?. Maybe just the satisfaction of knowing you got the best in the business at a great low rate.

The UB postcode area has two other names by which it is known: the Uxbridge postcode area, which makes sense based on the initials UB, and the Southall postcode area, which would be a little harder to determine from the abbreviation alone. The twelve postcode districts in the postcode area cover sections of west and northwest London and are found in six post towns, whicih are Southall, Hayes, Northolt, Greenford, Uxbridge and West Drayton. Mail is sorted at Green Park Way in Greenford, which also handles the Harrow postcode area. In London, the Boroughs of Hillingdon and Ealing are served, as well as part of Buckinghamshire’s South Bucks district.

UB4, which is in the HAYES post town and the Hillingdon local authority area, has a coverage area that includes Hayes and Yeading. And while it looks a bit like Italy pointing downward, it is far from it. UB4 is quite green, in that it is home to no less than four large parks and several smaller ones. Brookside, Minet Country Park and Hayes Shrub are located towards the outskirts, while the Regional Open Space, also called the Belmore Playing Fields, is right in the middle. Part of King George’s Field also falls within UB4, which is quite a suburban part of Greater London. Not far to the south and west is London’s Heathrow Airport, just across the M4. 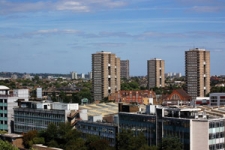 The Southall postcode area, or Uxbridge, is surrounded by Watford, Harrow, London W, Twickenham and Slough, clockwise from the north. And while UB4 may seem to be quite a ways away from the bustle of the capital, it is only 13 miles from Charing Cross, making it a nice area for families whose heads of household work in the city.

Don’t forget to save a parking space with the Hillingdon council prior to your move in date. This will help you avoid fines and allow the moving van to park clost to your home, which is safer for your belongings. Moving to UB4 may be a big job, but it doesn’t have to be a big job for you. When you hire us for your home or office removal, rest assured that we will do all the big jobs, like lifting, transport – even the packing – for you. And while you may think that it will save you money to do it all on your own, this might not be the case. So call us on 020 3970 0488 if you like the sound of all-in-one removal services – we’re standing by now!.

Amazing Moves was brilliant when it came to my removals job in UB4. I was moving a lot of stuff, including large items of furniture. Nothing posed their team of professionals any problems. I want to thank the guys on my job.

Of the many UB4 moving services I received quotes from, these guys were by far the least expensive. They ended up doing a top-notch job. I would absolutely use their services again.

I was after low-cost removals to UB4 and I was able to get just that with this company.

It was the first time I'd gone through the home removals process. I was mightily stressed, was worried about every aspect of the service. Thankfully Amazing Moves came recommended to me, and I managed to get the right company on board. They were brilliant, alleviated all of the hassles on moving day. They got my possessions to UB4 in no time at all, and everything was safe and intact. Should I move again, they will be the first company I call.

Happy with Amazing Moves because the removal team did a fast job getting us to the new place in UB4. Will recommend them completely.

I hired this moving crew on the recommendation of one of my new UB4 neighbours. They did an excellent job. If I ever need local moving services again, I would definitely call them.

Really nice, friendly and polite removals firm. Workers were punctual, efficient and cared about my belongings, which made my move to UB4 sweet and smooth.